Dez Bryant Announces He Wants To Return To NFL - uSports.org 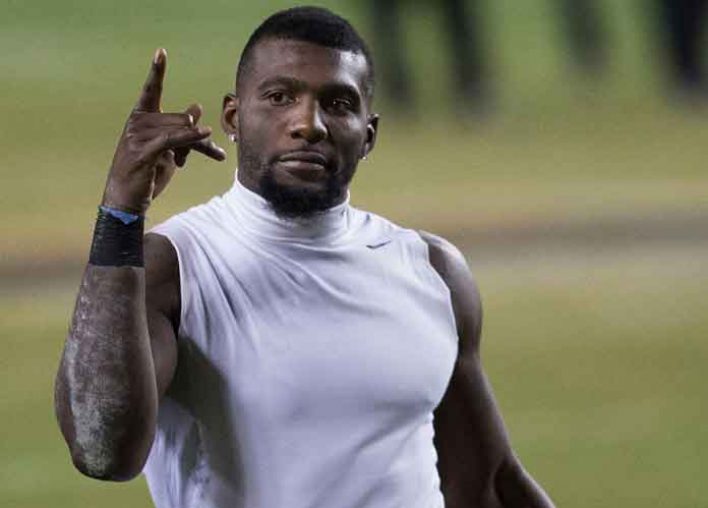 Dez Bryant Announces He Wants To Return To NFL

It looks like Dez Bryant will be returning to the NFL after all.

The 31-year-old Dallas Cowboys wide receiver tweeted on Wednesday evening that he plans to “reach out to teams” starting in two weeks, although he isn’t looking to be a starter.

I’m not trying to go nowhere and be a starter on a team I want to contribute because I know I will be able too… I’m feeling good… in two weeks I’m going to reach out to teams and see what happens…. let’s go X

Bryant last played in December 2017 and was released four months later after an eight-season tenure with the Cowboys. The New Orleans Saints then signed him in November 2018 to a one-year, $1.25 million deal but he injured his achilles tendon just days later during practice and was sidelined for the rest of the season.

The three-time Pro Bowler — who was the league’s receiving touchdowns leader in 2014 — had said in July that he was retiring for good, citing his struggles with mental health.

“This exactly why I don’t have no interest in playing football right now,” Bryant tweeted at the time. “I have not reached out to no organization trying to play… people forget real quick we are still human.. my anxiety and depression came from this type of stuff… what I realized nobody care but me.”

Bryant is also the Cowboys’ all-time touchdown receptions leader with 73. Over his career, he has logged 531 catches for 7,459 yards. Here’s one of Bryant’s top highlights from his rookie season in 2010:

According to CBS Sports, Bryant could sign with several different teams, including the Saints, Houston Texans, New England Patriots, Buffalo Bills and Green Bay Packers. However, he will first have to prove that he is mentally and physically prepared to play, even as a backup.