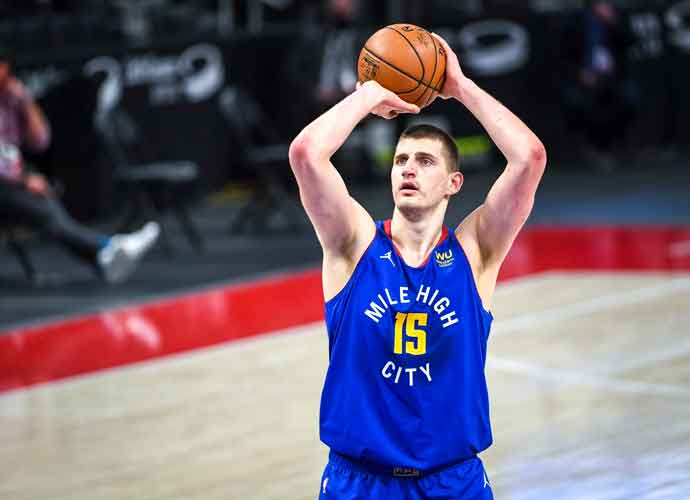 DETROIT, MICHIGAN - MAY 14: Nikola Jokic #15 of the Denver Nuggets shoots a free throw against the Detroit Pistons during the first quarter of the NBA game at Little Caesars Arena on May 14, 2021 in Detroit, Michigan.(Photo by Nic Antaya/Getty Images)

The Denver Nuggets are gearing up for what seems to be an aggressive offseason. They’ve shipped forward JaMychal Green and a 2027 first-round pick to the Oklahoma City Thunder for the 30th pick in this year’s draft along with two future second-round picks. Both picks are expected to be for 2023 and 2024.

With the trade, the Nuggets now have the number 21 and number 30 picks in this year’s draft and could be in a position to make a big move. However, this move saved them about $20 million in salary and luxury tax. Green was expected to opt into the final year of his contract guaranteeing him $8.2 million for the 2022-23 season. Now, the Nuggets are able to use all of the taxpayer mid-level exception worth $6.4 million or use their $8.2 million trade exception that was created.

The Denver Nuggets will trade JaMychal Green and a protected 2027 first-round pick to the Oklahoma City Thunders for the No. 30 pick and two future second-round picks in this year’s NBA Draft.

This trade was the first deal done by this new front office with Calvin Booth at the helm. Booth was promoted to president of basketball operations after Tim Connelly left for the same role with the Minnesota Timberwolves. The Nuggets had a successful 2021-22 campaign behind MVP Nikola Jokic and earned the fifth seed in the Western Conference playoffs. However, due to the season-long absences of Michael Porter Jr. and Jamal Murray, they were quickly disposed of in the first round by eventual Western Conference champions, the Golden State Warriors. Many pundits believe that with this trade Denver could be gearing up to move more assets in search of a more established NBA player, rather than gamble on two relatively unknown prospects so late in the draft.

The Thunder on the other hand still has as much draft capital as any team would need. The Nuggets still own the No. 2, No. 12 and No. 34 picks in this year’s draft and are in a good position to land a future, or current, superstar via pick or trade. The latter seems unlikely due to the Thunder’s current rebuild, however, there are many teams who would be interested in any of their top two picks in this year’s draft.

The NBA Draft will take place on June 23.