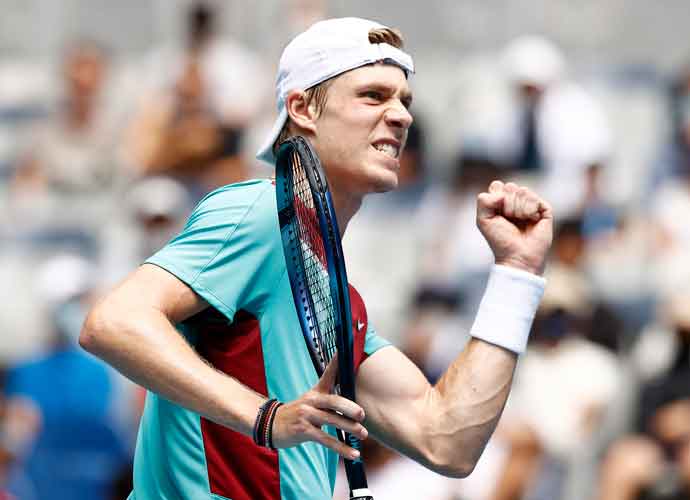 MELBOURNE, AUSTRALIA - JANUARY 17: Denis Shapovalov of Canada celebrates after winning a point in his first round singles match against Laslo Djere of Serbia during day one of the 2022 Australian Open at Melbourne Park on January 17, 2022 in Melbourne, Australia. (Photo by Darrian Traynor/Getty Images)

First it was the NBA; now it’s tennis.

Canadian tennis player Denis Shapovalov wants the sport to crack down on hecklers after he was irritated by a spectator at the Italian Open Monday.

During the second set of his 7-6 3-6 6-3 victory over Italian Lorenzo Sonego in Rome, Shapovalov crossed the net to show the umpire a ball marking, which earned him a point penalty and boos from the crowd. He eventually told a fan to “shut the f— up.”

“He was just telling me to get off the court, get out of there, waving me off the court,” Shapovalov said at a press conference. “Trying to obviously get under my skin or whatnot.

“I think the umpire just needs to keep an eye on it if a player mentions something.

“The reason why [the heckler] didn’t get kicked out was because [the umpire] told me he didn’t see what happened. That’s very understandable. I feel like he kept an eye on him after that. It didn’t bother me after that.”