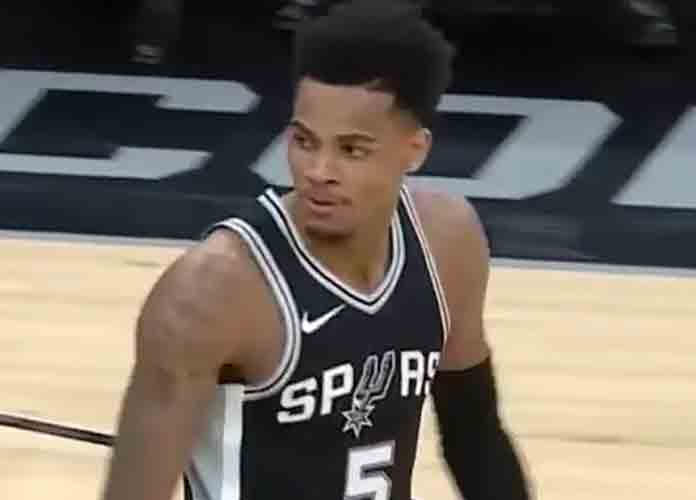 Dejounte Murray Traded To Hawks, Contract Still Up In Air

The Atlanta Hawks just pulled off one of the best moves so far in the offseason, trading Danilo Gallinari, a 2023 first-round pick (via Charlotte), a 2026 pick swap and their own 2025 and 2027 first-round picks to the San Antonio Spurs for Dejounte Murray.

With the trade, the Hawks get another All-Star playmaker in Murray to pair alongside star Trae Young. Murray is also a stellar defender, a previous All-Defensive Team selection and led the league in steals this past season. Murray and Young also become the first pair of teammates in league history to have averaged 20 points and 8 assists each the previous season. Murray was named an All-Star for the first time last season after averaging 21.1 assists, 9.2 assists, 8.3 rebounds and 2.0 steals. He also recorded 12 triple-doubles, which was the single-season Spurs franchise record.

SAN ANTONIO I LOVE YOU FOREVER…..🖤 Thank You @spurs And The Whole City For Believing In Me And Embracing Me From DAY ONE. I Want To Write A Whole Book But It’s Not Easy. We Are Family And Its Always Going To Be Bigger Than Basketball!!! pic.twitter.com/wMrmZanTbj

It was expected that Murray would be traded after agent Rich Paul made it known to the front office that Murray wouldn’t return. The Spurs are currently in a rebuilding mode following the two decades of success they’ve had. Murray had expressed interest in winning a championship multiple times, saying on Instagram Live following the Warriors’ win in the NBA Finals, “I swear this s— motivation, man, I gotta win a f—– championship.”

Murray is due $16.1 million next season and is slated to become a free agent after the 2023 season. There has been no news if Murray plans on signing an extension with the Atlanta Hawks, but many believe that the Hawks are not finished making moves. Talks of a John Collins trade have permeated this offseason, plus the delay of Galinarri’s contract guarantee to July 8 means that there are more moves to be made within Atlanta’s roster.

The Hawks were eliminated in the first round of the 2022 NBA Playoffs by the Miami Heat just one year removed from their run to the Eastern Conference Finals in 2021.

Read more about:
Hawks NBA NBA Free Agency Spurs
Listen to the uInterview Podcast!
Get the most-revealing celebrity conversations with the uInterview podcast!