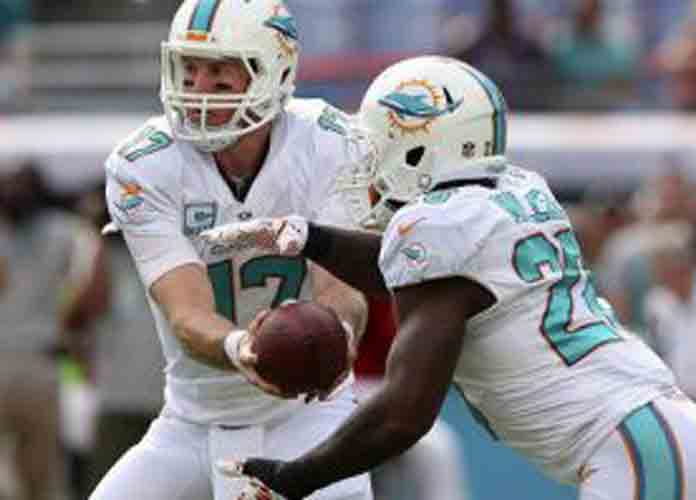 The Brock Osweiler-led Miami Dolphins are set to take a visit to Houston for a battle of mediocre — though somehow alive — AFC teams on Thursday Night Football (8:20 p.m. EST on FOX, NFL Network and live-streaming on Amazon Prime).

Despite both teams’ relative success, they are on two different trajectorial paths going into Thursday night’s game. Without its starting quarterback, the Dolphins (4-3) have amassed a win and a loss after beginning the season 3-0, while Houston’s (4-3) made up its lost ground by winning four straight after starting 0-3.

After squeezing out an overtime win against the Bears, and following it up with a stinker in a loss to the Lions last Sunday, Osweiler’s performance has been expectedly unpredictable, though not terrible. In spite of his volatile and rather dismal NFL career, Osweiler has been decent in his understudy role for Ryan Tannehill, completing 54 of 80 passes for 654 yards, six touchdowns and two interceptions while amassing a passer rating of 107.0. With that in mind, it isn’t crazy to expect a stellar, vindictive thwarting of his former team. But that also isn’t likely to happen.

The Dolphins are thinning hairs at the wide receiver position, and that won’t do any help to bolster an already pedestrian offense, as slot Danny Amendola remains the only viable option with Albert Wilson and Kenny Stills out. However, DeVante Parker will return to the lineup after a tumultuous week with the team that almost ensured he would be wearing a different jersey come Sunday.

The ravenous pass-rush of Houston including ends Jadeveon Clowney and JJ Watt are all but guaranteed to be parked in the backfield with Osweiler once he touches the ball, so a ground game against the Texans isn’t likely. Osweiler will have to beat them through the air, with not much to produce with. It looks to be a low-scoring, defensive showdown, or another garbage bowl on Thursday Night Football with two less-than-average teams.