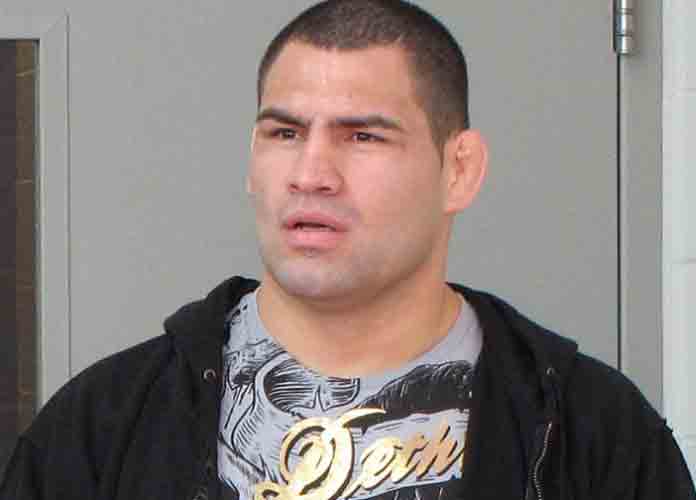 Cain Velasquez at an autograph signing in March 2010. (Image: Wikimedia)

Velasquez—charged with attempted murder and nine other counts after targeting a man charged with molesting one of the former two-time UFC heavyweight champion’s young relatives—is currently being held in Santa Clara County main jail without bail.

The 34 letters, including some from professional wrestlers, pleaded for leniency for Velasquez, with many saying how he’s a family man, has no criminal record, and has been a model person for more than a decade in and outside of his occupation.

The 39-year-old was arrested February 28 after a high-speed chase with Harry Eugene Goularte, who’s being charged with molestation. During the chase, Velasquez fired several shots into the other vehicle and hit Goularte’s stepfather in the arm and torso; he was left with non-life-threatening injuries.

Velasquez is facing more than 20 years in prison if convicted; his next court date is April 12.

“I have known Mr. Velasquez for more than 15 years, and during his time as an active athlete with UFC, he represented our company with dignity and always treated others with respect,” White wrote. “He was a model example of how a professional athlete should carry himself, projecting a positive image to UFC’s fanbase.”

“Cain has helped me on more occasions than I can count,” Cormier wrote. “Like me, he is a father and husband, so he knows the demand of trying to do it all. Throughout the years, he has traveled with me, supported me, and even helped me prepare for a coaching job at the high school while I retired from my fighter career. Cain has taken it upon himself to help every chance he gets. During the pandemic when many gyms and restaurants were closed, Cain opened his home and provided a place for wrestlers to train and eat. He even housed them.”

“[Velasquez] is an honest and kindhearted person who would do anything for his family and friends. He is the type of man that most of us would want on our side in life,” wrote Nurmagomedov.

“[Velasquez] is a loving man, who has consistently gone above and beyond to provide the best possible life for his family,” WWE’s Rey Mysterio. “[He] expressed to me how hard it was having to leave them behind at home, while he travels in order to pay the bills and put food on his [family’s] table.”