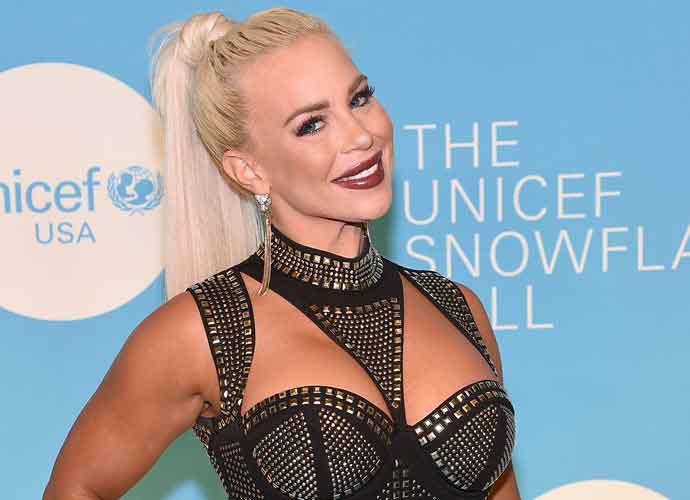 The last WWE Monday Night Raw event was one of high intrigue. We saw John Cena returning to celebrate a 20-year milestone, The Miz earning a spot in the Money in the Bank Ladder Match, Becky Lynch winning an Elimination Match and much more. But one important figure was absent from the match, 24.7 Champion Dana Brooke.

Much ❤️ to the #wweuniverse for the support & love, standing up for me! The reason why I was not on RAW last night was bc I got into a bad car accident the past week, I am doing good & will be back in no time! I really appreciate the love & couldn’t ask for better Fan support ❤️

Brooke, however, tweeted out an update for fans informing them of the reason why she was not present. According to her update, the 33-year-old was involved in a “bad car accident” and is currently recovering. In her tweet Brooke stated, “Much love to the #wweuniverse for the support & love, standing up for me!” wrote Brooke. “The reason why I was not on RAW last night was because I got into a bad car accident [in] the past week, I am doing good & will be back in no time! I really appreciate the love & couldn’t ask for better.”

Brooke had been on a recent stretch of good form. She debuted with NXT in 2015 where she stayed until 2016 when she appeared on the Raw roster. She then aligned herself with Charlotte Flair and most notably feuded with Bayley and Sasha Banks. In November of 2021, she defeated Cedric Alexander to win her first 24/7 title in WWE. She later lost the title to Nikki A.S.H. but regained it in May 2022. She also defended it against Becky Lynch.

Brooke is one of the rising stars in WWE and her recovery is good news for WWE and the rest of the industry as scandals, investigations, and injuries continue to sideline stars and damage the reputation of wrestling. Currently, Randy Orton is injured with a back issue and AEW Champion CM Punk is rehabbing a broken foot.