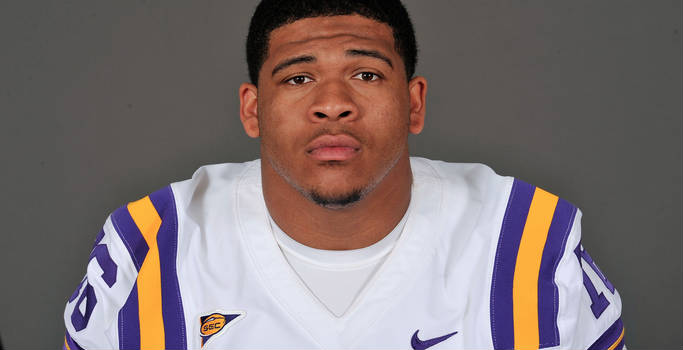 Cowboys‘ tackle, La’el Collins, surprised his mother with a new house for Christmas Wednesday. The heartwarming moment was caught on video as Collin’s mother, Loyetta Collins, was dropped off in a van in front of her new home.

“I was totally caught off guard,” Loyetta told WVLA. “I was astonished. I’m truly overwhelmed. This has truly been an awesome Christmas for me.”
The struggle and adversity La’el went through to give his mother this gift makes it even sweeter. Collins was considered to be a top ten offensive lineman going into the 2015 NFL Draft, but his talent was overshadowed when news surfaced about Baton Rouge police wanting to speak to him about a former pregnant girlfriend that was found shot and killed. Even though he wasn’t a suspect, teams were wary of drafting him. The Cowboys decided to sign him after the draft was over and he ended up impressing them enough to earn him a two-year, $15.4 million extension in 2017.
In September the team gave him an even bigger contract when he signed a five-year, $50 million contract extension.
“This is a special moment, man — I’m just lost for words,” Collins told WVLA. “It’s a special moment. I’m so happy. I’m extremely blessed to be in a position to be able to do this for my family. It was always a dream, and just to be able to make that happen, man, nothing compares, nothing compares.”
This season, the Cowboys have the most total yards on offense and Collins is one of the players to thank for that. Their offensive line is considered one of the best in the league, and although he wasn’t selected for the Pro Bowl this year, Collins has allowed only one sack all year. Pro Football Focus slated him as the eight best offensive lineman and third best tackle this season.
Read more about:
Cowboys La'el Collins
Listen to the uInterview Podcast!
Get the most-revealing celebrity conversations with the uInterview podcast!