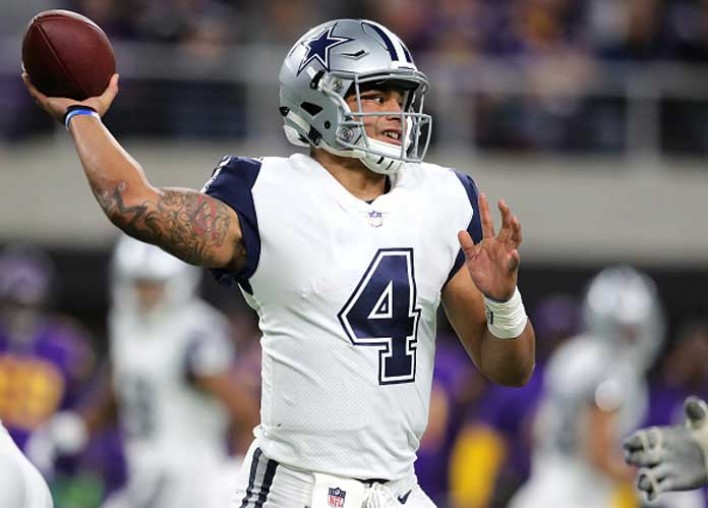 The Dallas front office shifted its focus to free agency after using the franchise tag on Prescott in mid-March. Prescott had a plan and still does, but the Dallas Cowboys aren’t exactly feeling pressured by it at the moment.

Most contracts take some degree of time, but this one should be afforded a larger amount of it. Prescott’s new deal could reset the quarterback market just before Patrick Mahomes‘ upcoming contract shatters our existing frame of understanding, and it’s about more than just the annual salary or guaranteed compensation. NFL Network’s Jane Slater reported just before the tag deadline the sticking point on this proposed deal appears to be the duration, not the pay. Prescott’s group desires a shorter, four-year deal so he can get another shot at free agency while still in his prime. While the Cowboys are hoping for a five-year deal, with July 15 representing the negotiation deadline before Prescott is forced to play under the tag in 2020.

If the Cowboys can finish a deal with Prescott, they’ll have come out of this looking like winners, keeping wide receiver Amari Cooper on a five-year, $100 million deal and securing their quarterback in a similarly sized window of time. Sure, they lost Byron Jones and Robert Quinn, but not every key player can be retained.

Prescott has played four seasons for the Cowboys after being drafted by them in the fourth round in 2016. This past season, the quarterback had a career-high season in yards with 4,902 and 30 touchdowns despite having a shoulder injury. The Dallas quarterback has a career quarterback rating at 97.0, 15,778 yards 97 touchdowns with a 65% completion rate.