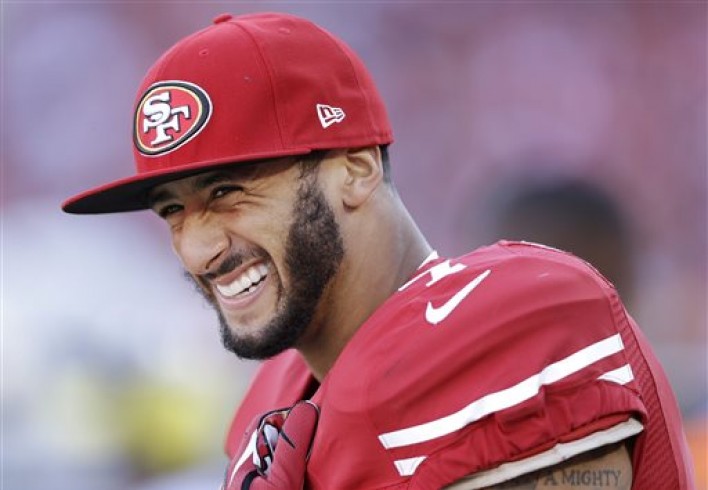 The Robert F. Kennedy Human Rights Organization announced on Monday that they were awarding former 49er’s quarterback, and who is commonly referred to as the main catalyst for racial injustice protest in sports, Colin Kaepernick for his work in furthering human rights and combating racial injustice. In a statement released by the RFKHR, Kaepernick said, “In 2017, I was in the audience honoring Mr. Harry Belafonte as he accepted the Robert F. Kennedy Ripple of Hope Award. I am humbled to follow the footsteps of individuals like Mr. B and to be in the company of all the other laureates. Thank you for this prestigious award,” said Kaepernick.

Along with inspiring protesters, Kaepernick was also honored for founding of the Know Your Rights camp, which promotes black liberation and educates young African Americans on dealing with racial injustice issues. Other notable people who have received this award include Barack Obama, Joe Biden and Hillary Clinton. This is a significant statement by the RFKHR in the sense that it is a good marker of the general consensus shift regarding Kaepernick’s kneeling that has happened in the years since it transpired. Although there are always people who refuse to understand the point of protesting, see Mike Ditka, it is encouraging to see Kaepernick get this kind of recognition for all of the work that he has done on behalf of the African American community. Also among this year’s notable recipients was the nations leading infectious disease expert, Dr. Anthony Fauci.