Colin Kaepernick Salary Demands Were Too High For XFL - uSports.org 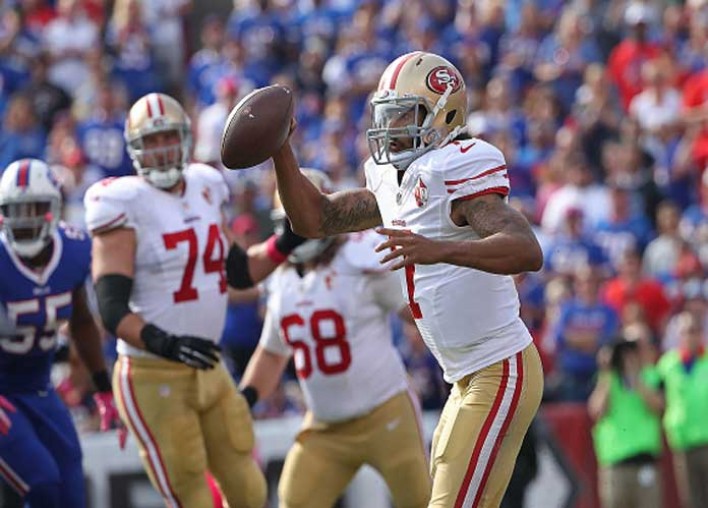 Colin Kaepernick Salary Demands Were Too High For XFL

The XFL had its inaugural games on Fox and ABC last Saturday and received favorable ratings after 4.0 million viewers tuned in to see Vince McMahon’s second attempt at an alternate professional football league. One question football fans have, however, is whether or not Colin Kaepernick will be signed to a team this season.

“We gave it some thought,” Luck said to NPR, via NBC Sports Bay Area. “We have some pretty significant salary restrictions, you know. We’re a start-up league, so we want to make sure that we can be fiscally responsible and fiscally prudent. And the, you know, salary requirements that some folks, you know, shared with us were in our case exorbitant, so we, you know, couldn’t go down that path. We spoke with his representative, and the salary requirements that were broached in that conversation were exorbitant and certainly out of our range.”

Last year Kaepernick was reportedly seeking a $20 million salary to play in the now defunct Alliance of American Football, but never reached an agreement with a team. Still, Luck has his doubts about whether Kaepernick can still compete at a high level after being away from the game since 2016.

“I don’t know,” Luck said. “That was well over a year ago, so I don’t know what kind of shape, you know, Colin is in. And, you know, we haven’t followed that because obviously, again, we want the best players who are interested in playing in our league. That’s, you know, pretty much a requisite for our job.”

The 32-year-old quarterback had a controversial NFL workout in November that was initially supposed to be held at the Atlanta Falcons practice facility in front of 25 teams but Kaepernick ended up having his own workout an hour away from there. This was due in part to his representatives disagreement with the NFL’s stipulations which included that the media couldn’t record the workout, Kaepernick’s camp were not permitted to film and a waiver had to be filled out prior to the workout.

“Let me start by saying, I appreciate y’all coming out. That means a lot to me. Our biggest thing with everything today is making sure we had transparency with what went on. We weren’t getting that elsewhere, so we came out here.It’s important that y’all are here. Y’all been attacked for the last three years, you continue to be attacked. We appreciate what y’all do, we appreciate you being here today, we appreciate the work you do for the people in telling the truth. That’s what we want in everything. I’ve been ready for three years. I’ve been denied for three years. We all know why I came out here today and showed it in front of everybody. We have nothing to hide. So we’re waiting for the 32 owners, the 32 teams, Roger Goodell, all of them to stop running, stop running from the truth, stop running from the people. Around here, we’re ready to play, we’re ready to go anywhere, my agent Jeff Nalley is ready to talk to any team. I’ll interview with any team at any time. I’ve been ready. I’m staying ready. And I’ll continue to be ready. To all the people that came out today to support, I appreciate y’all, I love y’all. To the people that aren’t here, I’m thinking of you, I appreciate you supporting from where you are. We’ll continue to give you updates as we hear. We’ll be waiting to hear from Roger Goodell, the NFL, 32 teams. We’ll let you know if we hear from them. The ball’s in their court. We’re ready to go.”