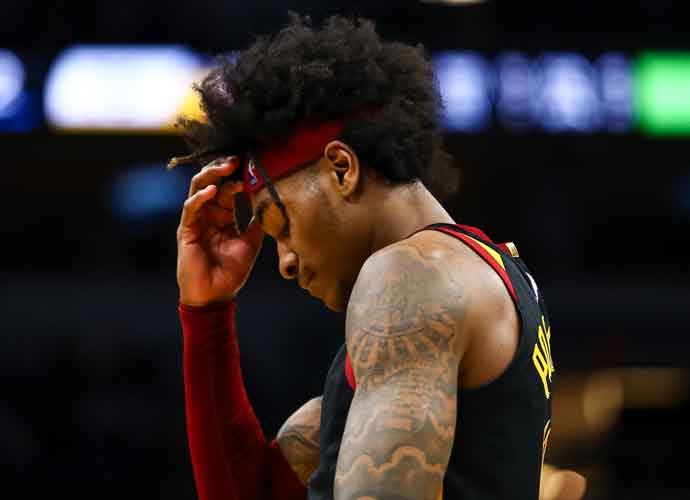 MINNEAPOLIS, MN - DECEMBER 28: Kevin Porter Jr. #4 of the Cleveland Cavaliers reacts after turning the ball over against the Minnesota Timberwolves in the fourth quarter of the game at Target Center on December 28, 2019 in Minneapolis, Minnesota. The Cavaliers defeated the Timberwolves 94-88. NOTE TO USER: User expressly acknowledges and agrees that, by downloading and or using this Photograph, user is consenting to the terms and conditions of the Getty Images License Agreement. (Photo by David Berding/Getty Images)

The Cleveland Cavaliers have agreed to trade Kevin Porter Jr. to the Houston Rockets for a protected future second-round pick.

The trade comes after the team decided to trade Porter rather than waive him after he got into an altercation with a team official, the latest problem to arise surrounding the young athlete. Last Friday, Porter went on a tirade and threw food after learning that his locker was given to Taurean Prince. Prince and Jarrett Allen were acquired by Cleveland, who was part of the four-team trade that sent James Harden to the Brooklyn Nets.

The 2019 first-round pick has yet to play in a game this season for the Cavaliers. The second-year guard finished his rookie season with 9.9 points, 3.2 rebounds, and 2.2 assists over 50 games last year.

The Rockets will pay the minimal price of a second-round pick for Porter’s raw skill and potential, despite recent mishaps in his personal life. Houston’s assistant coach, John Lucas, will work with the guard. Lucas has helped several NBA and NFL players overcome personal issues.

OFFICIAL: The #Rockets today announced they have acquired guard Kevin Porter Jr. from Cleveland in exchange for a protected second round pick.

In October 2020, Porter posted on his Instagram a black square captioned, “Do you ever wish to see the end of your time?” The post was deleted after Cavaliers officials and teammates reached out to the 20-year-old.

Recently, the guard was arrested on November 15 because of a crash that saw him flip his Mercedes SUV. He admitted that he had been drinking earlier in the evening. Police searched the vehicle and found a loaded handgun and a small amount of marijuana.

A grand jury declined to indict the guard on a felony weapons charge after proving that he was unaware of the gun being in the car. A judge dismissed the misdemeanor pot charge. Police also determined that he was not impaired at the time of the accident.