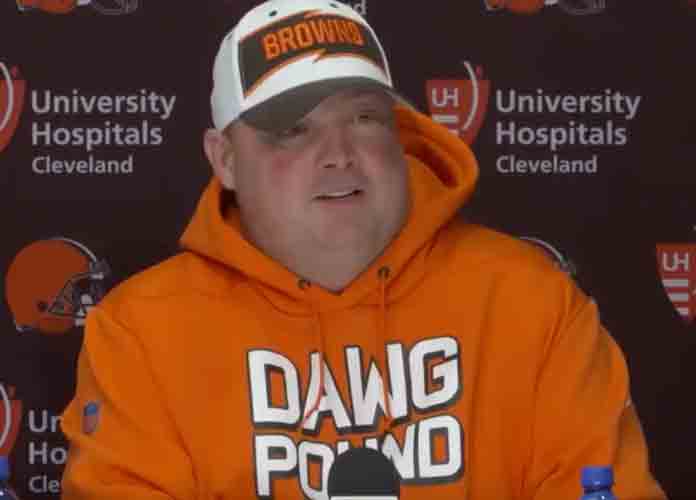 On Wednesday, the Cleveland Browns named Freddie Kitchens as their ninth-full time head coach since 1999.

According to ESPN’s Adam Schefter, former defensive coordinator and interim head coach Gregg Williams was relieved of his coaching duties. Kitchens, 44, beat out Minnesota Vikings interim coordinator Kevin Stefanski for the job. Stefanski will not be joining the staff and instead returns to Minnesota.

Browns have relieved defensive coordinator Gregg Williams of his duties and he is no longer with the team, sources tell @PatMcManamon and @DanGrazianoESPN.

Kevin Stefanski, a finalist for the Browns’ head-coaching job, is returning to Minnesota as the Vikings offensive coordinator, per source.

The 44-year-old Kitchens began the 2018 season as Cleveland’s assistant head coach and running backs coach. However, after Hue Jackson was fired, he was moved to offensive coordinator. In the next eight games, the offense would shine: No. 1 overall pick Baker Mayfield would go 5-3 as opposed to 1-4, and his passer rating would jump almost 20 points to a 106.2 rating.

Even before his hiring, general manager John Dorsey endorsed Kitchens as a coach, saying he’s “moved the bar on the offensive side of the ball” and “He’s gotten the ball out of the quarterback’s hands quicker.”

Time will tell, but I love the Freddie Kitchens hire. He’s direct, has a refreshing perspective and seems to be a perfect culture fit for this team, and this city at this time. Oh, and go look at Baker’s #’s with him as OC. You won’t find better for a rookie in NFL history.

Baker under OC Freddie Kitchens in 8 games, per @pfref: