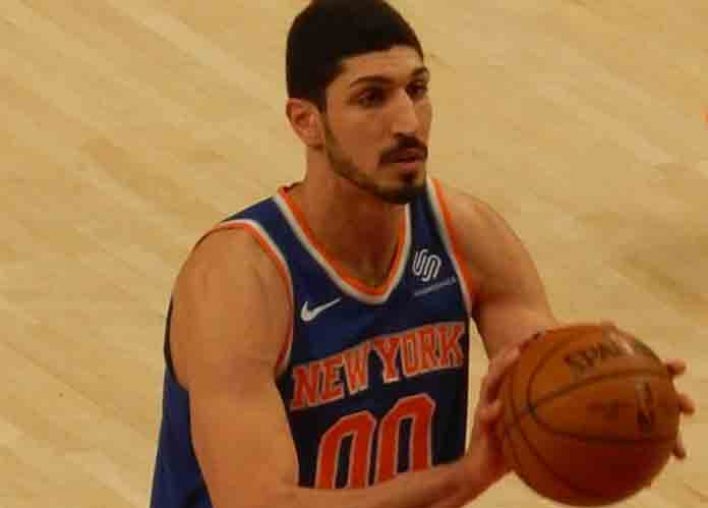 With the departure of Al Horford to the Philadelphia 76ers, the only center that was currently on the Celtics roster was Robert Williams, a first-round pick by the Celtics in the 2018 NBA Draft out of Texas A&M. In his rookie season for the Celtics, Williams played in just 32 games, logging 8.8 minutes per game. Williams averaged 2.5 points and 2.5 rebounds per game in his limited amount of action as a rookie for the Celtics.

With Enes Kanter in fold, Celtics depth chart looks like:

Kanter, 27, spent time last season with both the New York Knicks and the Portland Trail Blazers. Once the Knicks became fully committed to their rebuild and developing their young talent like Mitchell Robinson, Kanter found himself suddenly with less and less playing time. Kanter became increasingly frustrated and was eventually bought out of his contract by the Knicks before signing with the Trail Blazers for the remainder of the season.

🚨The Celtics reportedly have their next big man🚨

Kanter, as he always is, was solid both offensively and at grabbing rebounds for the Trail Blazers in the playoffs, averaging 11.4 points and 9.7 rebounds per game in 18 games for the Trail Blazers. As always with Kanter though, the biggest knock on him in his career has been his atrocious defense. In an article published by BleacherReport in March, Enes Kanter rated as the worst defensive center in professional basketball. Kanter boasts a negative DBPM(-0.1), DRPM (-1.46), and D-PIPM (-1.7). When Kanter played for the Knicks this season, their points per 100 possessions was 3.9 points worse with Kanter on the floor. For the Trail Blazers, Kanter made their points per 100 possessions 11.8 points worse. For years, teams have used switches to get Kanter out to the perimeter where it is an easy turnstile for guards and forwards to the basket past the Turk.

For a Celtics team already thin at center, it will be up to players like Marcus Smart and Jaylen Brown to make the Celtics even remotely decent defensively this upcoming season.