Cavaliers Coach Tyronn Lue Reveals That He Took Time Off From Coaching to Treat Anxiety - uSports.org 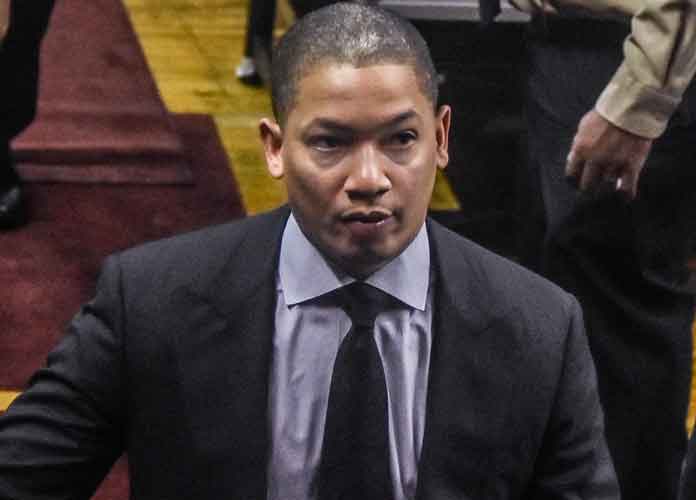 Lue with the Cavaliers in 2016 (Wikipedia Commons. Author: Erik Drost)

March was a difficult month for Cleveland Cavaliers coach Tyronn Lue. His roster had just undergone a drastic shift following a series of wild moves at the trade deadline, his team was stagnating in their pursuit for the top seed in the Eastern Conference, and he was facing health difficulties which prevented him from finishing several games. He was apparently suffering from chest pains, which sometimes resulted in him coughing up blood. This eventually forced him to take some time off from coaching in order to treat what was, at that point, an undisclosed issues.

Earlier this week, however, Lue went public with a more in depth revelation about his absence, as he told Rachel Nichols of ESPN that he had been suffering from severe anxiety. He also mentioned that he is now on medication, which he indicates as provided him with a significant amount of relief.

Lue told Nichols it was “Just anxiety, and the medication I’m on is great. No more chest pains, so everything’s been great.” He also indicated that it was difficult for him to take time off from the team, as he said, “I think for the first time in my career, 20 years, I had a chance to focus on me. It wasn’t as bad as people thought it was, but I did have some chest pains for the last couple of years. And I was just trying to be able to get through it not knowing what was wrong with me.

Thankfully, Lue stated that the changes he made in is lifestyle during those two weeks have been instrumental in improving his quality of life, saying, “So the two weeks I took off, just finally had a chance to focus on myself and change my diet. Hired a chef. Stopped drinking as many Shirley Temples. And stopped with the sweets and got back to taking care of myself. Now I feel great.”

Lue’s revelation has come at the heels of an interesting time in the NBA, which has featured multiple star players come forth in telling the public that they suffer from mental health issues. In February, Toronto Raptors star guard DeMar DeRozan opened up about his struggles with depression. Then in March, around that time that Lue’s anxiety symptoms reached their climax, Cavaliers forward/center Kevin Love told reporters that he had suffered a panic attack in the middle of a November contest against the Atlanta Hawks.

While there is still a stigma surrounding mental illness in America, especially in the world of sports, it’s encouraging to see such prominent athletic figures coming forth to speak about their own struggles with mental health. It’s also great to see Lue back on the sidelines as the Cavaliers take on the Golden State Warriors in the NBA Finals for the fourth year in a row.