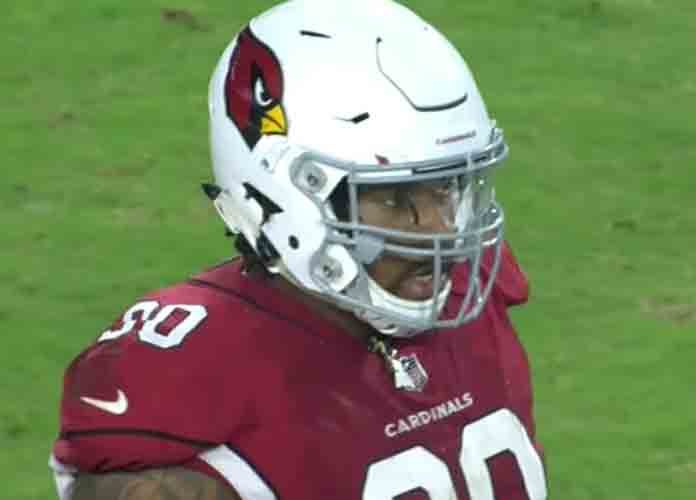 Nkemdiche was the Cardinals’ first-round pick back in 2016 and has been with the team for three seasons. Kingsbury announced the release of Nkemdiche last weekend and said he was too out of shape.

“Not in shape, I guess,” the usually reserved Kingsbury said of the lineman, according to ESPN. “And that’s kind of where we’ll leave it. I mean, he’s on [the physically unable to perform list], and he’s working through that. When he is cleared, we’ll work with him.”

Back in December 2018, Nkemdiche tore his ACL, and was placed on the PUP list when he returned to the Cardinals’ training camp last weekend. Kingsbury explained he was displeased with Nkemdiche’s lack of conditioning, despite recovering from an injury he suffered eight months ago. For the Cardinals, Nkemdiche racked up over 40 tackles with 4.5 sacks. The former Ole Miss player played his best games in his last season with the team. He chose not to pick up his optional extension for his fifth-year contract.

“It’s just a performance-based business and we decided as an organization that was best for us,” Kingsbury said, according to ESPN. “We wish him well and hope he gets a fresh start somewhere else. And that’s really all it came down to.”

The #AZCardinals officially waived first-round DL Robert Nkemdiche waived with a failed physical designation, per the wire. The looming physicals with teams will be big.

The 24-year-old was arrested back in June for driving over the speed limit, then later found to be driving with a suspended driver’s license.

The first-year coach has been forming his squad slowly on the back of his first overall pick Kyler Murray from Oklahoma. The current Heisman Trophy winner has been turning heads and impressing his new teammates, including All-Pro veteran Larry Fitzgerald.

“I’ve never seen a quarterback come in so quickly and be able to command an offense,” Fitzgerald, according to NFL Network. “I mean, from Day 1, he’s out there checking the different plays, sliding the line, different protections, getting us in screens when blitzes are coming. His understanding of the offense is crazy.