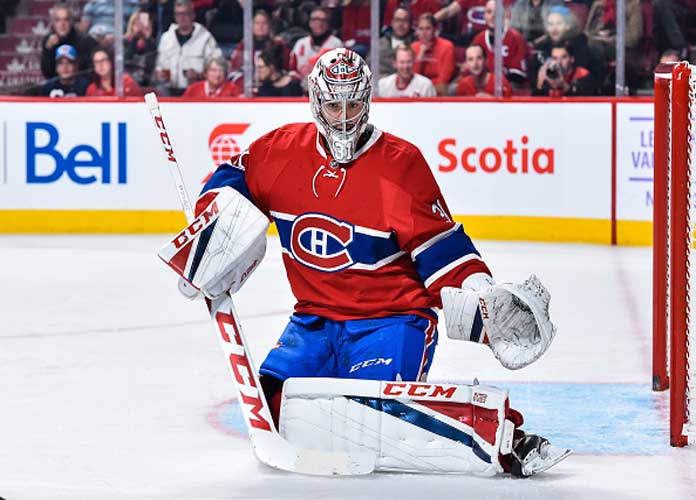 The Tampa Bay Lightning are 60 minutes of play away from hoisting a Stanley Cup above their heads, however, they will need to wait at least another game before doing so, as the Canadiens defeated them in overtime by a final line of 3-2.

Josh Anderson netted his second overtime goal of the playoffs, finishing off a rebound in front and keeping Montreal’s season alive. “We didn’t want to end it tonight in front of our fans. We expected to go to Tampa tomorrow,” Anderson said after the game.

Defensively, Carey Price continued his fantastic play in the net, turning aside 32 shots, good enough for a .941 save percentage. His foe in the opposite cage, Andrei Vasilevskiy, only managed to stop 18 shots, arguably his most mediocre performance this playoff run.

Tampa is 13-0 after losing, so Montreal will need to break what appears to be an unbreakable streak in Game 5 in order to keep the Stanley Cup out of the hands of the Lightning. Should Tampa win, they would become the second team in the salary-cap era to win back-to-back championships (the first being the Penguins in 2016 and 2017).

With the win, the Canadiens avoid being the first team since 1998 to be swept in the Stanley Cup Finals (that “honor” belongs to the Washington Capitals, defeated by Detroit in four straight games).

Game 5 was a welcomed correction for Montreal, who had been outscored 14-5 in the first three games of the series. Ironically, while Tampa has been nearly unstoppable in the 2021 playoffs, they are 0-4 in overtime. They are also 0-5 when ceding the first goal of the game.

“We have confidence in the power play. We had some good looks throughout the game, but at the end of the day you want to bear down and score one there, but it didn’t happen,” said Lightning defenseman Victor Hedman.

The Canadiens have overcome adversity in all three rounds of the playoffs thus far – if any team is going to do the impossible, leave it to Montreal. In fact, they are 8-1 when facing elimination on home ice in the Stanley Cup Playoffs.

Nonetheless, history is not on the side of the Canadiens. Only four teams have ever overcome a 3-0 deficit in the playoffs, the last time being in 2014.

Game 5 will be in Tampa on Wednesday.