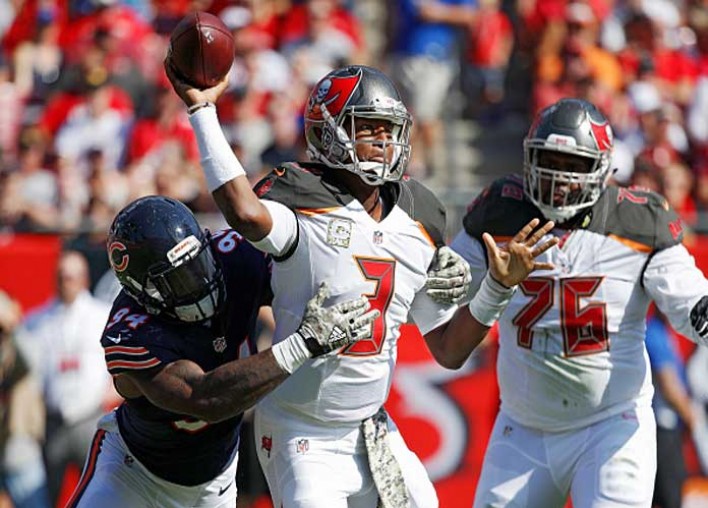 Buccaneers Quarterback Facing a 3-Game Suspension Due to Conduct Violation

It looks like the Tampa Bay Buccaneers will be without their starting quarterback to begin the 2018-19 season, as Jameis Winston is facing a three-game suspension from the NFL due to an off-the-field incident involving an Uber driver from March of 2016.

Winston allegedly sexually assaulted a female Uber driver in Scottsdale, Arizona, which she revealed to BuzzFeed News in November of 2017. She indicated that Winston grabbed her crotch while they waited in a drive-thru line at fast food restaurant. While she did initially file a complaint with Uber, she did not speak out publicly at first because “I didn’t want to be publicly known as the woman who Jameis Winston groped.”

Winston has since denied these claims, as he said that the driver was “confused as to the number of passengers in the car and who was sitting next to her.”

In his statement, Winston added, “The accusation is false, and given the nature of the allegation and increased awareness and consideration of these types of matters, I am addressing this false report immediately. At the time of the alleged incident, I denied the allegations to Uber, yet they still decided to suspend my account.”

Winston is no stranger to off-the-field sexual assault charges. In 2012, while Winston was the quarterback for the Florida State Seminoles, a female FSU student accused him of rape. These charges prompted FSU coach Bobby Bowden to describe Winston as an “embarrassment,” although they were eventually settled in 2016.

When the Buccaneers took Winston with the first overall pick in the 2015 NFL Draft, they knew the risk that he presented from an off-the-field perspective. On the field, Winston has shown promise as an NFL quarterback, starting all 16 games during the 2015 and 2016 seasons, both of which saw him throw for over 4,000 yards. 2017 was expected by many to be his breakout campaign, but he had the worst numbers of his three year career and missed a trio of games due to injury. The Bucs eventually finished 2017 with a 5-11 record while going 3-10 with Winston under center.

Regardless of his play on the field, Winston’s actions are unacceptable and this suspension doesn’t exactly come as a surprise considering his history. Expect to see Ryan Fitzpatrick fill in for Winston as Tampa’s quarterback to start off the season.