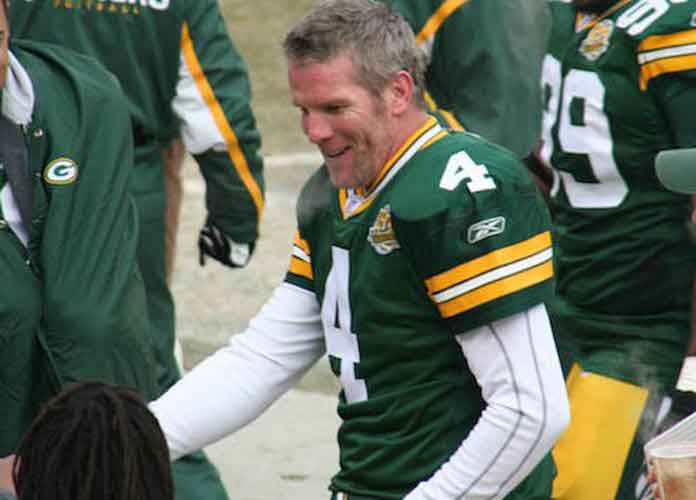 Texts between Brett Favre and a number of Mississippi government and nonprofit officials suggest that the quarterback received misappropriated funds to build a volleyball facility at the University of Southern Mississippi. The funds were originally reserved for those in the state seeking welfare.

Favre’s contact with Nancy New, founder of the Mississippi Community Education Center, and former Mississippi Gov. Phil Bryant (R) are part of a much larger lawsuit concerning tens of millions of dollars in misspent state money. According to Mississippi Today, the volleyball facility was built using nearly $5 million in Mississippi welfare funds. New and her son were convicted in April for their involvement in constructing the facility.

Between 2017 and 2019, New, Favre and Bryant were all in communication about building the facility. After meeting with the retired NFL star in 2019, Bryant suggested to New that money should go toward helping him and the University of Southern Mississippi, where Favre’s daughter played volleyball from 2017 to 2022.

Before and after the conversation between New and the governor, Favre and the nonprofit founder were shown to have a comfortable working relationship in which she regularly encouraged him that they had Bryant and the state government’s support. In 2017, Favre asked about the privacy of the funding.

“If you were to pay me is there anyway the media can find out where it came from and how much?” Favre asked.

At this time, neither Favre nor Bryant have been accused of any wrongdoing in the ongoing lawsuit. Both have denied direct involvement in misappropriating funds with New’s organization and are cooperating on a limited basis with attorneys. CNN reported Thursday morning that Bryant’s lawyer William Quin said in a statement that the former governor was willing to provide documents if New’s lawyers kept them privileged.

“Cases should be tried in courts of law where rules of evidence govern and privileges are respected. They should not be tried in the press, where innuendo and speculation sometimes get confused with actual facts,” Quin stated.

Favre’s attorney Bud Holmes similarly affirmed his client’s innocence, claiming that Favre did not know where the money was coming from to build the facility. Holmes cited Favre’s agreement last year to repay $600,000 worth of misappropriated funds. The state says that he still owes $228,000 in interest.

Brett Favre Still Has $228,000 To Repay Of Embezzled Money He Received