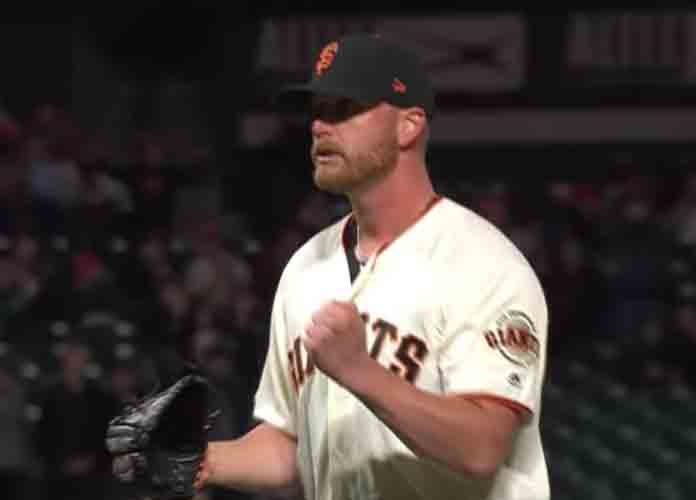 The Atlanta Braves on Friday signed lefty pitcher Will Smith to a three-year, $39 million contract to mark the first major transaction of MLB free agency this offseason.

The 30-year-reliever’s deal includes a $13 million club option for 2023 and a buyout of $1 million, according to ESPN’s Jeff Passan.

Smith, who missed the 2017 season with an injury, is one of the league’s most-coveted relievers, who is known for his slider pitch. Over the past two seasons with the San Francisco Giants, he has saved 48 games and logged a 2.66 ERA over 118 innings, as well as a 4.64 strikeout-to-walk ratio. Smith was named an All-Star this year. He previously had stints with the Kansas City Royals and Milwaukee Brewers.

According to ABC7 News, the Giants had offered Smith $17.8 million.

Will Smith, who is from metro Atlanta, returns home. Was going to accept the $17.8M qualifying offer from the #SFGiants if a team did not step out to give him a good multi-year deal. #Braves did that to add to pen with Green, Melancon, Jackson, recently re-signed O’Day.

The Braves, who won the NL East division this season, struggled in 2019 despite trading for pitchers like Mark Melancon, Chris Martin and Shane Greene. However, Atlanta still has a chance at landing a 2020 draft pick should Josh Donaldson leave. The Braves have also recently been speculated to sign other top players in free agency, like Madison Bumgarner and Anthony Rendon.

Astros ‘Fight Back’ With Game Two Win Against The Braves