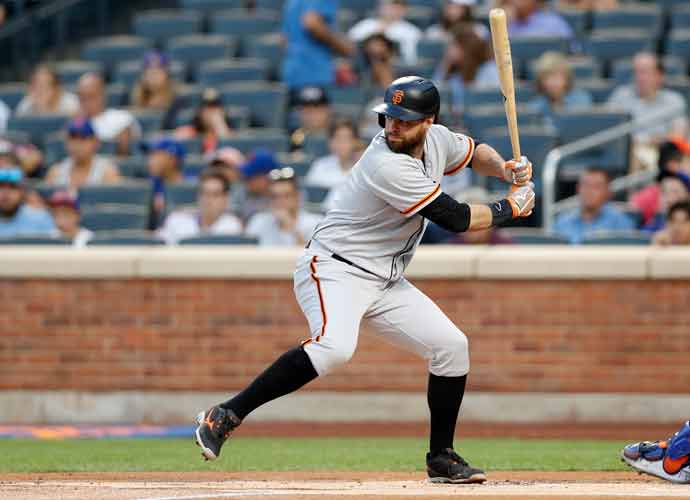 Tragedy struck Monday morning for San Francisco Giants first baseman Brandon Belt, as he learned of the passing of his grandmother, Margaret Peterson. Belt texted his wife and parents on Tuesday, admitting he was struggling and uncertain he could play. His dad reminded him that his grandma would have wanted to see him out there. “I think that kind of locked me in,” Belt said.

Belt swung a heavy bat with a heavy heart, hitting two of San Francisco’s four home runs before dedicating them and the rest of his season to his grandmother’s memory following the Giants’ 8-0 win over the Mets. “I’ve kind of been in a daze all day,” he said. “I was just glad I could come out here and do that for her.” The 33-year-old Belt ended a 2-for-30 skid with a drive that landed atop Citi Field’s center-field apple in the first inning, homered again in the fourth and also hit two singles.

“I couldn’t help but feel like something powerful was at play there when he hit that first home run,” Giants manager Gabe Kapler said. Belt’s grandmother died Tuesday morning from COVID-19, Belt said. He grew up in Texas down the street from his mom’s mother and said she and his grandfather provided financial help when Belt was pursuing a baseball career in high school by traveling to showcase tournaments. “She was always proud to brag about me to her friends,” Belt said.

Kapler said he expected Belt would leave the team for funeral services in the next few days, and he would have the club’s full support. “He just looked locked in,” Kapler said. “And I think that’s sort of amazing given what he experienced today.” The major league-leading Giants have won 20 of 27 games while trying to hold off the Dodgers in the NL West. San Francisco entered Tuesday with a 2½-game lead.