Blue Jays Are Looking To Trade A Catcher Including Danny Jansen – Why It Makes Sense - uSports.org 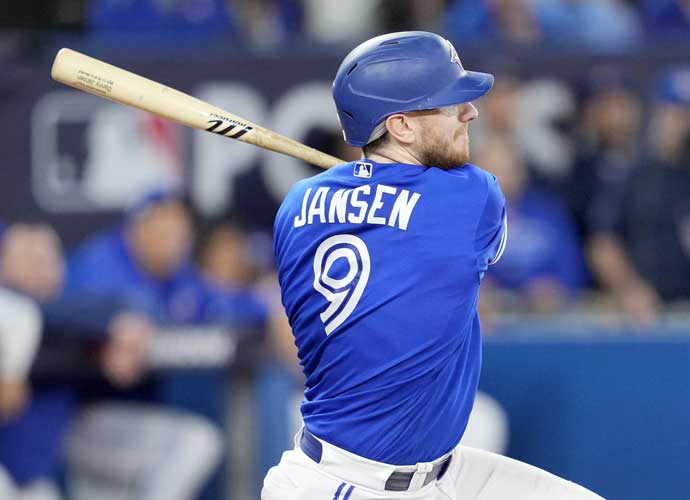 TORONTO, ONTARIO - OCTOBER 08: Danny Jansen #9 of the Toronto Blue Jays hits an RBI single against the Seattle Mariners during the seventh inning in game two of the American League Wild Card Series at Rogers Centre on October 08, 2022 in Toronto, Ontario. (Photo by Mark Blinch/Getty Ima

The Toronto Blue Jays are looking to make a splash this offseason and trade one of its catchers in effort to improve in other areas on the roster.

MLB writer Jon Morosi reports that the team is expected to trade one of Danny Jansen, Alejandro Kirk and Gabriel Moreno.

The #BlueJays are expected to trade a catcher this offseason, according to multiple rival execs I’ve spoken with at the GM Meetings. The Jays have an abundance of talent at the position: Danny Jansen, Alejandro Kirk and Gabriel Moreno. @MLBNetwork @MLB

Given that this position is a luxury for the team, it makes sense.

Morosi further noted that the Blue Jays could renew talks with the Detroit Tigers, which failed at this year’s trade deadline.

The Tigers are looking for catchers including free agent Willson Contreras and have bullpen arms that are “coveted” by the Jays, he added.

Some of the Tiger’s top relievers last year in terms of ERA that appeared in at least 20 games were Jose Cisnero, Wily Peralta and Andrew Chafin.

The report comes as the Blue Jays were swept in the wild card series against the Seattle Mariners.

In game two of the series, the Jays blew a commanding 8-1 lead, with the bullpen contributing to the fiasco.

So, the Blue Jays could acquire a big reliever or two by surrendering someone that plays a positional strength for the ball club.

Although Eric Haase had a solid season for the Tigers last year, it appears the organization is looking for more out of its catchers.

But both teams have something to offer the other.

The question is will a deal get done?

The MLB free agency period is set to open on Thursday, November 10.