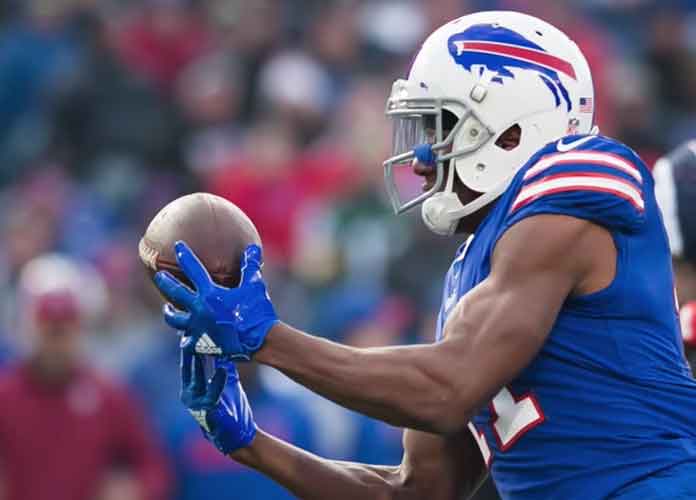 Buffalo Bills receiver Zay Jones was charged and put under arrest in Los Angeles on Monday evening following his alleged involvement in a nude altercation with his brother that quickly became bloody.

Jones — who will be 23 on March 30 — was charged with felony vandalism after he “entered a public balcony area and smashed his foot through a window.”

Broken glass and bloodied walls were found inside the apartment building.

The Bills released the following statement about the incident, during which Jones was reportedly naked, and said they would continue to investigate the situation.

On Tuesday, TMZ released a video that shows a nude man, believed to be the wideout, confronting another man in a hallway. The second man was identified as Cayleb Jones, a receiver signed with the Minnesota Vikings.

A woman appears to yell off-screen before the clip shows the conclusion of the altercation: blood is splattered all over the place and broken glass shards are also spread out on the floor.

TMZ also claimed Zay attempted to escape the scene by jumping out of a window, and that he had to be restrained from doing this.

Zay Jones, a rookie in 2017, caught 27 passes for 316 yards and two touchdowns last season. He was a second-round draft pick out of East Carolina.

Cayleb Jones has not played in the NFL since signing a rookie free agent offer and eventually being waived by the Philadelphia Eagles in 2016. He inked a reserve/future contract with the Vikings in January and has spent time on Minnesota’s practice squad since.