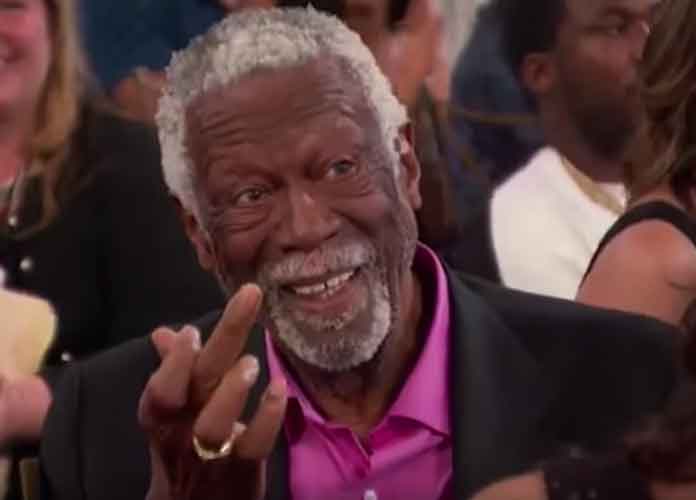 Audience members clearly realized it, too, as they laughed amid the applause. Barkley was onstage with Kareem Abdul-Jabbar to present Oscar Robertson with the Lifetime Achievement Award, and also paid tribute to several NBA legends when he got to Russell and thanked him. Russell later apologized for his gesture on Twitter, where he said flipping Barkley the bird was “pure instinct.”

Sorry everyone, I forgot it was live TV & I can’t help myself whenever I see Charles it just is pure instinct. @NBAonTNT @NBA #birdman #NBAAwards pic.twitter.com/0zQLvWhuKi

Russell, who played his entire career (1956-1969) with the Celtics, has made that gesture to other people previously, however. Here, he did it to a cameraman during a game while sitting beside Chauncey Billups, and Kevin Garnett posted the photo on Instagram.

Russell was an 11-time NBA champion, a 12-time All-Star and a five-time MVP. At last year’s NBA Awards, Russell told Abdul-Jabbar, Shaquille O’Neal, Dikembe Mutombo and David Robinson he could still “kick their ass” if he really tried.

“woj u cant tweet spoilers during the draft” pic.twitter.com/GH9dR8LdRN

When they haven’t gotten to MVP yet and it’s 10:05 pm. pic.twitter.com/GuNXf8crN0