Best Ties Of The FA Cup's Fourth Round - uSports.org 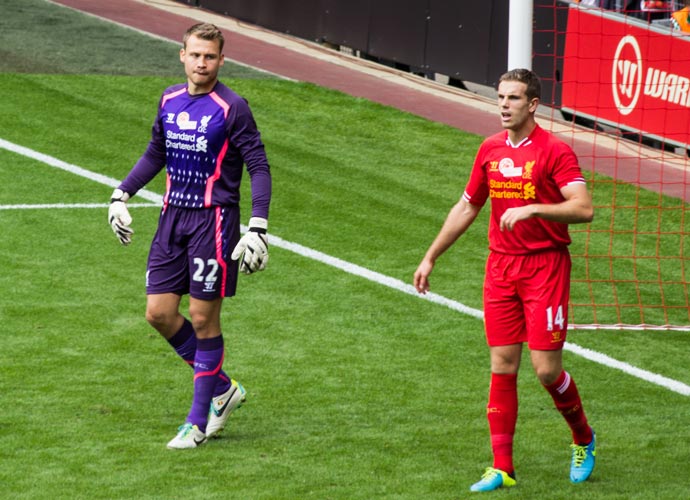 Best Ties Of The FA Cup’s Fourth Round

With the FA Cup only in its fourth round, it’s easy to put the competition out of your mind for the moment. The league is still as wide open as it’s been in recent memory, the Champions League is on the horizon and, for Manchester City and Liverpool, a cup final date has already been confirmed.

But the FA Cup is still worth your attention; buried within the Colchesters and Shrewsbury Towns of the fixture list, there are still a few matches that you’ll want to tune into. And we’ve already done the hard work of highlighting which ones those are.

Featuring two Premier League sides is almost all it takes for this match to get mentioned, but there’s some potential there.

Liverpool always have plenty of pieces, but everything comes down to how things sort out on the day. At their best, Firmino is capable of striking the ball with the best of them (like his second goal against Arsenal), Emre Can is driving the team forward from the back of the midfield and the likes of Jordan Henderson and James Milner seem to be everywhere at once. When things aren’t clicking, however, their defense looks slow and exposed and the attack struggles without a true focal point.

West Ham will definitely be weakened by the sale of Mauro Zarate, but reinforcements could be on the way. The club is reportedly pursuing Emmanuel Emenike who, if signed, would presumably fit directly into the starting XI. Even without him, though, the Irons have one of the most creative and exciting players around in the form of Dimitri Payet.

The wildcard here could be Liverpool’s fatigue after going into extra time during their League Cup semifinal on Tuesday. If that forces Jurgen Klopp to rotate more than he planned, that could damage the Reds’ chances in this cup. At least their spirits will be lifted by the fact that they’re going to Wembley.

MK Dons may be at the bottom of the Football Championship, but their fans will be thinking back to last season, when they upset Manchester United 4-0 in the Cup 4-0. Their biggest asset will be the atmosphere at their home ground; the Stadium mk is expected to exceed its 30,500 capacity and the supporters will surely be ready to explode with the slightest prompting.

As for Chelsea, they still haven’t truly hit their stride despite beating Arsenal at the Emirates. Diego Costa left Sunday’s with a leg injury; manager Guus Hiddink said it wasn’t serious, but it remains to be seen if the striker will be fit enough for the Cup tie. Alexandre Pato is reportedly on his way to bolster the side, but his best days are surely behind him. Cesc Fabregas has been finding his form, however, and he’ll be a key man for the Blues going forward.

Crystal Palace have been struggling to score lately, but have taken steps to address that problem by signing Emmanuel Adebayor on a free transfer. He’s far from the player who joined Arsenal 10 years ago and his fitness may be a question after several months away from the game, he can’t hurt the Palace attack.

Stoke, for all their attractive football, are going through a bit of a tough stretch right now;  their past three matches have been a 0-0 draw against Arsenal, a 3-0 defeat to Leicester and Tuesday’s match against Liverpool that will feel like a loss despite technically being a 1-0 win on the day. They’ll also be without Charlie Adam after he suffered a calf tear at Anfield.

The Potters will be looking at this match as a chance to regain their form against a side they should beat. But, this is the FA Cup so that result is far from a sure things.