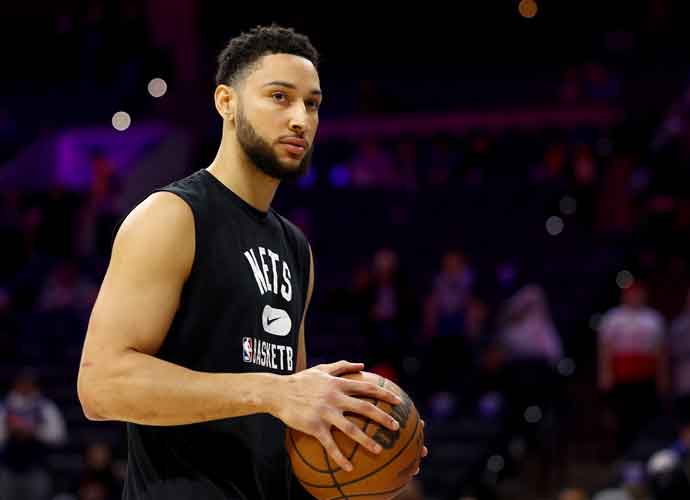 PHILADELPHIA, PENNSYLVANIA - MARCH 10: Ben Simmons #10 of the Brooklyn Nets warms up before the game against the Philadelphia 76ers at Wells Fargo Center on March 10, 2022 in Philadelphia, Pennsylvania. NOTE TO USER: User expressly acknowledges and agrees that, by downloading and or using this photograph, User is consenting to the terms and conditions of the Getty Images License Agreement. (Photo by Elsa/Getty Images)

It wasn’t unexpected. In his first game in the Wells Fargo Center since the 2020-21 season, Ben Simmons was vigorously booed by 76ers fans at every stage of the team’s game against the Brooklyn Nets Tuesday.

“I thought it was going to be louder,” Simmons said after the game.

Between his disappointing performance in the 2021 Playoffs and refusing to compete with the team the following season, Simmons became a villainous figure in Philadelphia long before the Sixers traded him to Brooklyn in February. Once a part of “The Process,” the team’s plan for returning to championship contender status, he quickly became a symbol for dysfunction in an otherwise promising Sixers organization.

Simmons’ presence on the floor overshadowed the game itself. Early in the third quarter, Simmons took to the foul line and got Sixers fans out of their seats with two missed free throws. The team has a promotion with Chick-fil-A that rewards fans with free chicken nuggets if a visiting player misses both shots at the line, and Simmons provided on a night where he nearly attempted more free throws than points.

Without stars James Harden, Joel Embiid and Tyrese Maxey, Philadelphia still managed to spoil their maligned former star’s homecoming with the help of big performances from Tobias Harris, De’Anthony Melton and Paul Reed, who combined for 65 points to knock off Brooklyn’s big three of Simmons, James Harden and Kevin Durant.

As for Simmons, Brooklyn’s defense-oriented guard earned a solid stat line, scoring 11 points with seven rebounds and 11 assists. But he did little to dispute his reputation as one to shy away from big spots, as he didn’t shoot at all in the fourth quarter while Philadelphia gradually took a commanding lead. After the game, Durant commented on the vitriol surrounding Simmons, claiming that he observed hate for his team throughout the league.

Through 18 games, the Nets are 8-10 and are 10th in the Eastern Conference standings. They next face the Toronto Raptors on the road Wednesday night.