Bayern Munich Takes Down Borussia Dortmund 1-0 On Tuesday To Extend Their Lead In Bundesliga Standings - uSports.org 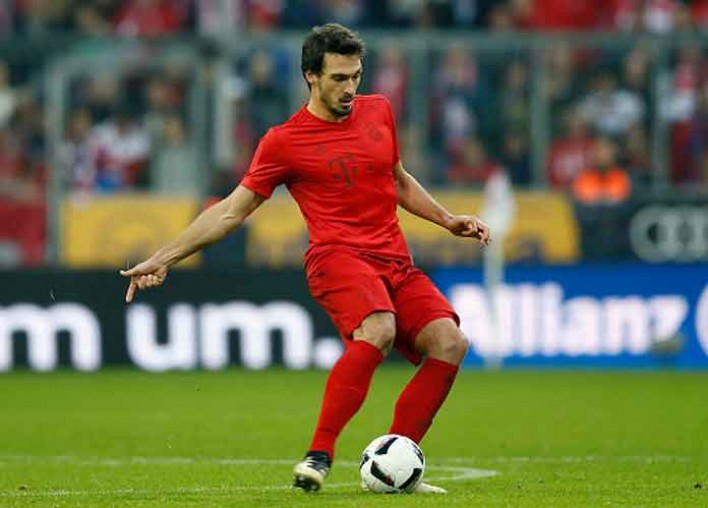 MUNICH, GERMANY - NOVEMBER 05: Mats Hummels of FC Bayern Muenchen runs with the ball during the Bundesliga match between Bayern Muenchen and TSG 1899 Hoffenheim at Allianz Arena on November 5, 2016 in Munich, Germany.

Germany’s Bundesliga has been back for a little over a week, and it seems so far so good. There have been no fans in the stands but the action on the pitch has not seemed to miss a beat and the players look as if they hadn’t had multiple weeks off. On Tuesday, the top two teams in the Bundesliga standings, Bayern Munich and Borussia Dortmund, squared off in what was an entertaining match.

Entering Tuesday’s game, Bayern Munich held a four point lead of Dortmund in the standings. With a 1-0 win, Bayern’s lead grew to seven points. Joshua Kimmich had the first and only goal of the game to give Bayern their lead just before the halftime break. Bayern’s win also extends their streak of 14 straight games without a loss, during which time they have won 13 of those games.

The loss for Dortmund was their first in their last six matches. Although they were on the losing end, Dortmund had their chances to win, having possession of the ball for 51% of the game, they had the advantage in shots 8-7 (although Bayern had the shots on target advantage 6-5).

Both clubs have six games left in their season, so there will be an opportunity for Dortmund to make a run at the title, but they will have to be near perfect. That all starts on Sunday when Dortmund hosts SC Paderborn 07 (Paderborn is also last in the Bundesliga standings). Bayern’s next game will be on the road against Fortuna Düsseldorf (who is third to last in the standings).