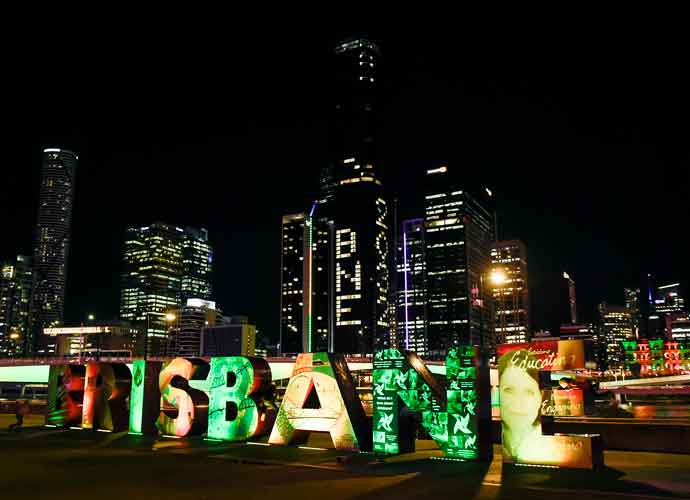 BRISBANE, AUSTRALIA - JULY 21: A general view is seen as "BNE 2032" is displayed on a building during the announcement of the host city for the 2032 Olympic Games, watched via live feed in Tokyo, at the Brisbane Olympic Live Site on July 21, 2021 in Brisbane, Australia. (Photo by Albert Perez/Getty Images)

Multiple athletes from Australia’s Olympic team are facing discipline for their behavior on a return flight from the Tokyo Olympics.

Members of Australia’s rugby and soccer teams behaved poorly on a 10-hour flight back home to Sydney from Tokyo. The flight included several transgressions stemming from alleged excessive alcohol consumption.

Australian Olympic team chef de mission Ian Chesterman, said that players were loud and disruptive to other passengers on the plane, failed to respond to requests made by flight attendants, and also rendered the plane’s toilet unusable after a member of the soccer team allegedly vomited in it. The athletes allegedly raided the flight’s supply of alcohol which was located in a galley.

Japan Airlines did not file a formal complaint, but the airline did bring the athletes’ behavior to the attention of the Australian Olympic Committee.

Team officials don’t know the specific players involved, but discipline for those involved will be determined by Rugby Australia and Football Australia. A total of 49 athletes from nine different sports were on the flight.

News of the inebriated escapades of certain players was accompanied by news of the subpar conditions members of the Australian rugby and rowing teams left their rooms in the Olympic Village. Some rooms were allegedly left in “unacceptable” condition, including one room that had a hole in the wall. Those involved in the incident have apologized and will not be disciplined.