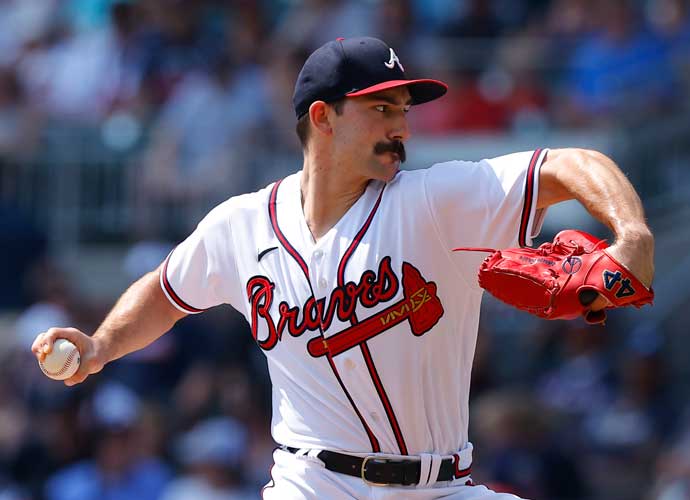 ATLANTA, GA - SEPTEMBER 18: Spencer Strider #65 of the Atlanta Braves pitches during the first inning against the Philadelphia Phillies at Truist Park on September 18, 2022 in Atlanta, Georgia. (Photo by Todd Kirkland/Getty Images)

The deal is worth $75 million over six years, with a club option of a seventh year, the team announced today.

If exercised, Strider would make an extra $22 million.

In 31 starts with the Braves this year, Strider has commanded a 2.67 earned runs against average (ERA), with more than 200 strikeouts.

The move to sign Strider follows a slew of moves that the team has made to lock up young talented players long-term.

It all started with outfielder Ronald Acuna Jr. signing an eight-year $100 million extension in 2019, which includes club options for 2027 and 2028.

But the Braves have been especially busy in recent months.

In June, the team inked rookie outfielder Michael Harris II to an eight-year contract worth $72 million.

And in August, the Braves opened up the checkbooks even further for star third baseman Austin Riley.

Some of these contracts come as investments, but the Braves are hoping to save some money in the long run by hoping these young players continue to thrive throughout the contracts.

So far, the Acuna contract has backfired, as the player hasn’t been the same since suffering an ACL tear in 2021.

But overall, these moves remain a wait-and-see – but they serve as bold investments.

However, these types of moves of signing young promising players aren’t uncommon.

For example, the Seattle Mariners signed star rookie Julio Rodriguez to a contract that guarantees him $210 million.

But next up, the Braves will get set to face the Philadelphia Phillies in the National League Division Series, beginning on Tuesday.

Strider reportedly went through a bullpen session that went well on Sunday.

News from Braves this AM:
– Spencer Strider threw a good bullpen Sun and is being considered for a playoff spot if he passes today’s test.
– Fried starts Game 1, Wright Game 2
– Ozzie Albies is out of a cast and building back hand strength. He’ll be with the team for the series

If all goes well, he could start a game during the Phillies series.

Strider has been out since the middle of last month with an oblique injury.

Read more about:
Atlanta Braves Spencer Strider
Listen to the uInterview Podcast!
Get the most-revealing celebrity conversations with the uInterview podcast!