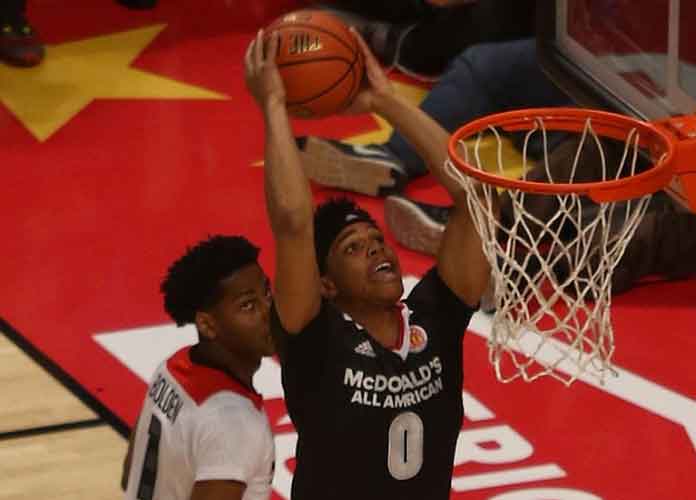 Michigan State basketball star Miles Bridges was recently listed as among the college players the FBI is investigating for potentially receiving extra benefits, and now his mother has been linked to the probe as well.

According to federal documents, the 19-year-old Spartans guard’s mother Cynthia is tied to Christian Dawkins, an associate of former NBA agent Andy Miller and his ASM Sports Agency.

The U.S. Attorney’s Office charged Dawkins with three counts of wire fraud and one count of money-laundering conspiracy. He is one of the ten men who were charged by the FBI for fraud, bribery and other types of corruption in September, days before practice began for the college basketball season.

The connection to Bridges’ mom was revealed in Dawkins’ ASM expense report documents from May 3, 2016, which were seized by the FBI. The documents included two items involving Cynthia:

Per NCAA rules, “parents may not be given benefits, gifts or discounts by institutions, other parents, or other representatives of Athletics Interest.”

This investigation comes amid another major scandal involving MSU and its coach Tom Izzo, who has been a central point in an ESPN “Outside the Lines” probe that alleged sexual assault and other types of violence against women by some of Izzo’s players over the past ten years.

“We are aware of the report in Yahoo! Sports,” Izzo said of the report alleging financial corruption charges. “While we will cooperate with any and all investigations, we have no reason to believe that I, any member of our staff or student-athlete did anything in violation of NCAA rules.”

Current NBA rookies Dennis Smith Jr. (North Carolina State) and Markelle Fultz (Washington) are among the six players listed on a spreadsheet as having taken thousands of dollars from ASM Sports.

Duke, North Carolina, Texas, Kentucky, Michigan State, USC and Alabama are among the schools potentially in violation of NCAA rules for giving “impermissible benefits and preferential treatment for players and families of players,” per the report.

“These allegations, if true, point to systematic failures that must be fixed and fixed now if we want college sports in America,” NCAA President Mark Emmert said in a statement Thursday. “Simply put, people who engage in this kind of behavior have no place in college sports. They are an affront to all those who play by the rules.”