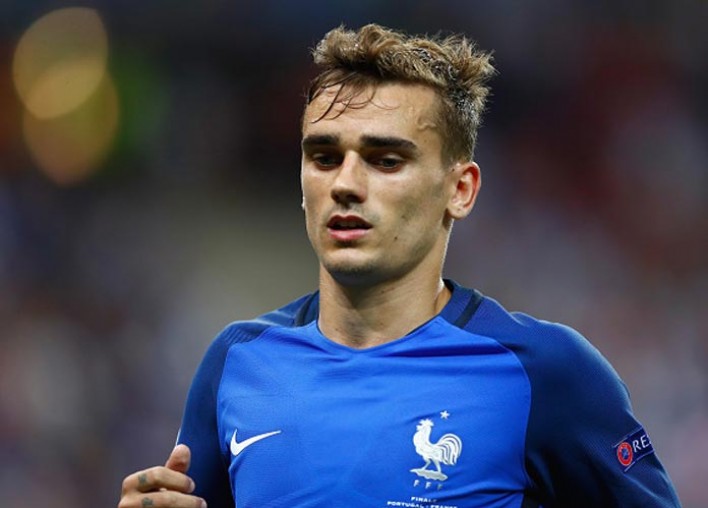 PARIS, FRANCE - JULY 10: Antoine Griezmann of France in action during the UEFA EURO 2016 Final match between Portugal and France at Stade de France on July 10, 2016 in Paris, France. (Photo by Clive Rose/Getty Images)

In February, ESPN FC reported that 26-year-old Griezmann — whose daughter turns one on Saturday — is United’s top target this summer.

Eric Olhats, who first noticed the Frenchman’s talent and brought him to Real Sociedad at a young age, says no official deal has yet been made between Griezmann and any club.

Griezmann himself has admitted he has grown tired of the long-standing speculation surrounding what team he will transfer to.

“There are not 50,000 clubs that can put 100 million on the table, it’s quickly figured out. That’s the price of the clause, they won’t give anything away cheaply. That limits the number of candidates right now,” Olhats said. “I had heard that Manchester United was done, was signed, but we don’t even know if they’ll play in the Champions League! That’s important, I must say. Manchester United have made an approach to inform themselves, just like all the others. They come to find out what our thinking is, what the player’s thinking is, if there are possibilities, how much, how…But it seems logical.

“Chelsea, Manchester City, Barcelona and even Real have knocked on the door to see where things are, everyone comes to see what is do-able, and what is not do-able, that’s normal. It’s a game of musical chairs.”

Olhats also stated Paris Saint-Germain had not made “any concrete approaches unlike there were last year” for Griezmann.

In an interview with French radio station RMC in February, Griezmann revealed that although he liked the “intensity” of the Premier League, a move to England was improbable because he isn’t sure if his life off the field would be satisfying.

In England, there are a lot of doubts in terms of my private life,” the Frenchman said. “The rain, bad weather…I need to be happy off the pitch.”

Atletico is third in the La Liga table with 61 points, behind second-place Barcelona (69) and first-place Real Madrid (71). Atletico last defeated Real Sociedad 1-0 at home on Tuesday, and next visit Real Madrid on Saturday.

Griezmann, who helped lead France to the Euro 2016 finals against Portugal last summer, is currently under contract with Atletico until 2021 after renewing his contract last June. He finished third in 2016 Ballon d’Or voting.

PARIS, FRANCE – JULY 10: Antoine Griezmann of France in action during the UEFA EURO 2016 Final match between Portugal and France at Stade de France on July 10, 2016 in Paris, France. (Photo by Clive Rose/Getty Images) 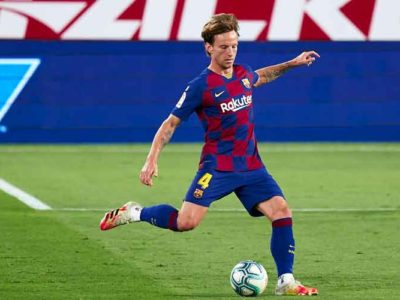