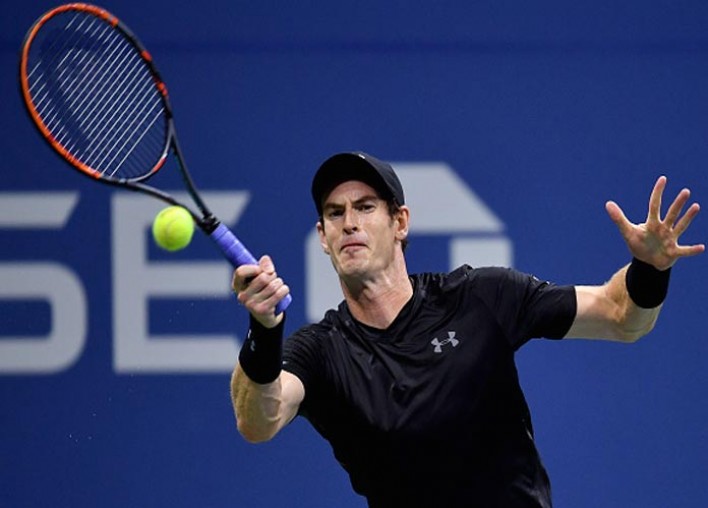 NEW YORK, NY - SEPTEMBER 05: Andy Murray of Great Britain returns a shot to Grigor Dimitrov of Bulgaria during his fourth round Men's Singles match on Day Eight of the 2016 US Open at the USTA Billie Jean King National Tennis Center on September 5, 2016 in the Flushing neighborhood of the Queens borough of New York City. (Photo by Mike Hewitt/Getty Images)

Andy Murray Goes From Injured To Embarrassed After Penis Shows Up In Hip X-Ray; Twitter Reacts

Andy Murray still recovering from his serious hip injury, wanted to update people on his situation and to show fans he was feeling better. Such a simple gesture took a turn for embarrassment in no time.

While taking the photo of his X-rays, Murray never realized his penis was visible in the picture. And before anyone got a chance to tell him, it was already posted for his 1.6 million followers on Instagram to debate. The recently retired 31-year-old Scot and former World No. 1 — who is known for supporting women in tennis — will likely not live this one down for a long time. Check out how dozens of fans reacted to his dick pic on social media.

In July, Murray joined BBC Sport’s Wimbledon commentary team. He will surely be missed by tennis fans across the globe, although given the many injuries he sustained later in his career, his ultimate decision certainly doesn’t seem like a bad move.

Either I’m awful at biology or Andy Murray has just uploaded the spookiest dick pick of all time pic.twitter.com/TPZhn87ZzV

Let’s put this Andy Murray X-Ray photo to bed… Is it or isn’t it what we think hanging down the bottom? pic.twitter.com/qXsIcbzeRl