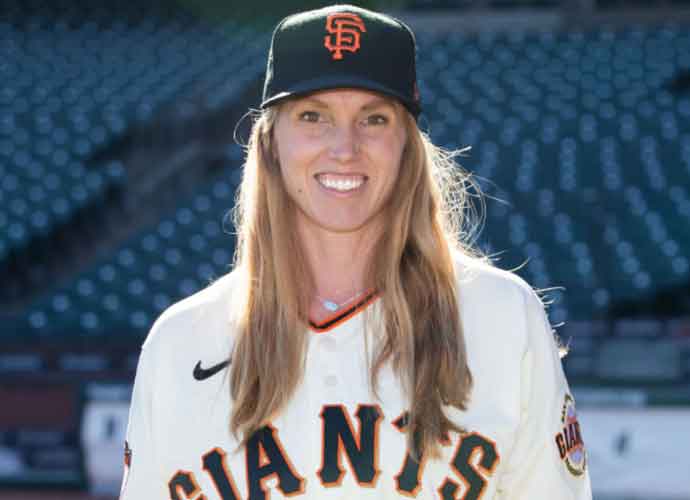 When she took the field to coach first base Tuesday evening during what turned out to be a 13-2 win over San Diego, Nakken made MLB history as the first female coach on the field in a regular-season game.

“I think we’re all inspirations doing everything that we do on a day-to-day basis, and I think, yes, this carries a little bit more weight because of the visibility; obviously there’s a historical nature to it,” she said. “But again, this is my job.”

Nakken came in in the third inning after Antoan Richardson’s ejection. When she was announced, she received an ovation from the Oracle Park crowd and a handshake from Padres first baseman Eric Hosmer.

In doing so, the 31-year-old achieved what some players spend a lifetime chasing: making the baseball Hall of Fame. Following the game, her helmet was sent to Cooperstown, N.Y., for enshrinement in MLB’s Hall of Fame.

An assistant coach who works primarily with baserunners and outfield defense and has coached the position during exhibition games, Nakken’s groundbreaking came just four days after Rachel Balkovec became the first woman to manage a minor league affiliate of an MLB team.

“So it’s not a foreign spot on the field for her,” said San Francisco manager Gabe Kapler. “She does so many other things well that aren’t seen. So it’s nice to see her kind of be right there in the spotlight and do it on the field.”

“It’s a big deal,” she said. “I feel a great sense of responsibility and I feel it’s my job to honor those who have helped me to where I am.”