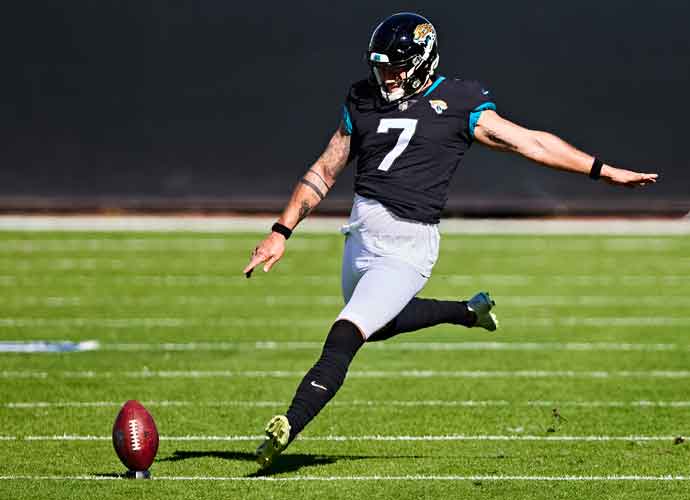 JACKSONVILLE, FLORIDA - DECEMBER 27: Aldrick Rosas #7 of the Jacksonville Jaguars warms up before the start of a game against the Chicago Bears at TIAA Bank Field on December 27, 2020 in Jacksonville, Florida. (Photo by James Gilbert/Getty Images)

Rosas, 26, was arrested in 2020 and charged with reckless driving on a highway, hit and run and property damage, and driving with a suspended or revoked license due to a previous DUI of alcohol or drugs.

The arrest video shows Rosas walking down the street barefoot and bloodied before officers found him and took him into custody. Officers could be heard talking to the kicker. “You Aldrick? Turn around for me, Are you OK?” an officer said. “Get down on your knees.”

The police called an ambulance for Rosas because of his bloodied state and his feet. One officer told Rosas that “Your feet are pretty messed up.” Police could be heard talking to the former kicker.

Rosas pled no contest to the charges, and he was sentenced to three years of probation but no jail time. The NFL took action and suspended him for four games.

At the time of his 2020 arrest, he was playing with the New York Giants but was released days after his arrest. Shortly after his release, the kicker signed with the Jacksonville Jaguars and joined their practice squad. The kicker was eventually promoted to the main roster and played in six games for Jacksonville.

Last month, Rosas re-signed with the Jaguars for one more year.