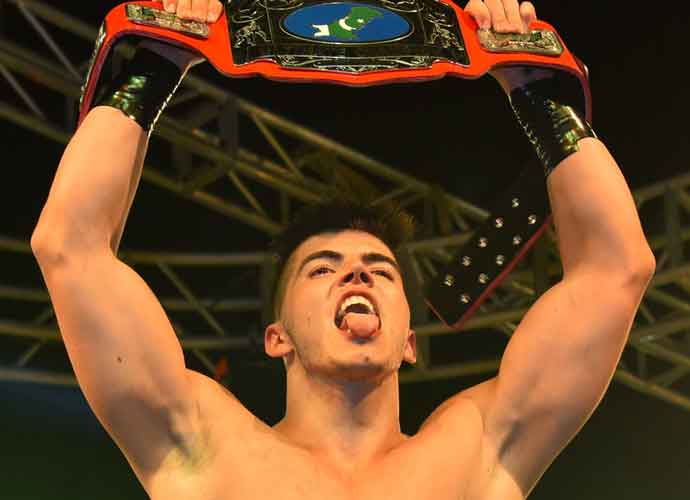 In a statement released on Twitter, All Elite Wrestling announced that they would be suspending wrestler Sammy Guevara, without pay, after comments he made back in 2016 about WWE superstar Sasha Banks.

While appearing on a podcast, Guevara said of Banks that he “wanted to just go f***ing rape that woman.”

Both Banks and Guevara issued statements on Twitter addressing the incident. Banks mentioned that she reached out to Guevara about what was said. Guevard issued a two-part apology on Twitter for his actions.

I’ve made stupid, inappropriate and extremely offensive comments in my past. In my idiotic mind, I thought I was being funny in using words and terms that represent nothing but horror and pain. I am truly sorry for my hurtful words and actions, and I will never forgive myself.

I also want to apologize to @sashabankswwe for my unacceptable comments. She’s an amazing person who didn’t deserve to be the brunt of my offensive remarks. I spoke with her earlier & she helped me learn a gigantic lesson & I thank her for that. Once again, I’m sincerely sorry.

It is unclear as to how long Guevara’s suspension will last but it is expected that we won’t see Guevara in the ring in the foreseeable future.