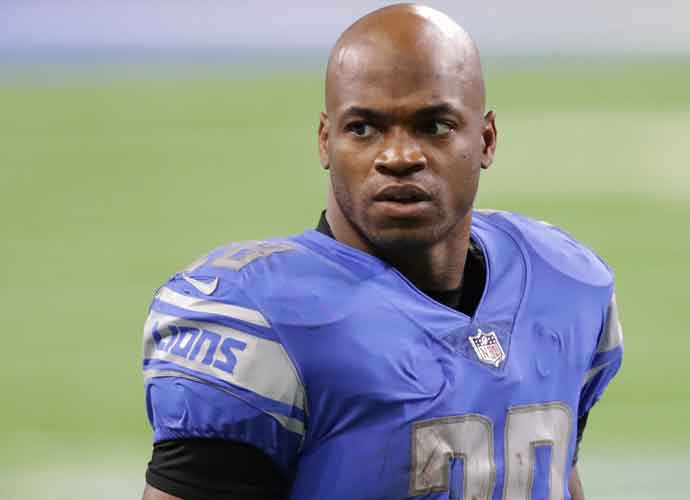 The altercation happened around 8:30 a.m. on February 13 on a Houston-bound plane—a “verbal and physical altercation between a male suspect and a female victim,” Peterson and his wife, Ashley.

“Purple Jesus” was booked in Los Angeles and later released on $50,000 bond.

Ashley later wrote on Instagram, “On Sunday, Adrian and I had a verbal argument. Unfortunately it was on an airplane. At no point did Adrian hit or strike me. This is a private matter between my husband and myself. We ask that everyone respect our privacy so we can focus on what matters most: our children.”

The 15-year NFL vet, who ended this past season on the Seattle Seahawks’ IR, says he plans to play next year. He sits at 14,918 career rushing yards and has also played for the Vikings, Washington, Cardinals, Lions, Saints and Titans.