Adam Silver Says Future Of NBA Season Is Up In The Air Until May - uSports.org

On Monday night, NBA Commissioner Adam Silver announced that he is bracing for several more weeks of uncertainty as to the future of the NBA season

The commissioner spoke on the league’s Twitter account as part of the league’s new NBATogether initiative. Silver touched on many topics, including how the league is looking at numerous scenarios for a return, but in all the cases, the uncertainty of the coronavirus pandemic makes it impossible right now to move too far forward.

“Essentially, what I’ve told my folks over the last week is that we just should just accept that, at least for the month of April, we won’t be in a position to make any decisions,” Silver said. “And I don’t think that necessarily means on May 1 we will be.”

The NBA’s regular-season was to end April 15, and the playoffs were to begin April 18. With the current situation, that will not happen. Fans hope this season can be salvaged if the NBA resumes where the season was or goes straight into the playoffs.

“We miss it badly,” Silver said. “To all the families watching this, I know the NBA is a big part of their lives. We just want to assure everybody that while we’re putting the health and safety of everyone first, we’re looking at every possibility to get our players back on the floor and to play NBA basketball again.” 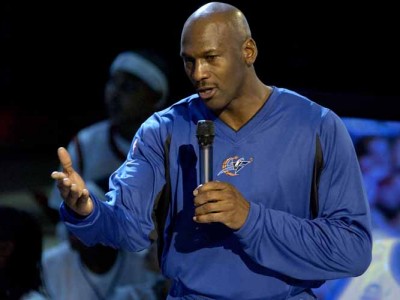