NEW YORK, NEW YORK - APRIL 26: Anthony Rizzo #48 of the New York Yankees reacts after hitting his third home run of the game in the eighth inning against the Baltimore Orioles at Yankee Stadium on April 26, 2022 in New York City. (Photo by Mike Stobe/Getty Images)

Seemingly everyone’s favorite to win it all every year, the New York Yankees headed into the 2022 season and have not disappointed. They are notorious for getting off to a slow start, but this season has been a welcomed aberration as they’ve compiled a league-best 22-8 record (through games completed as of May 11).

> GET DEALS ON YANKEES TICKETS!

They’re clicking in nearly every facet of the game, with Nestor Cortes (surprisingly) anchoring the rotation. Michael King, Clay Holmes and Aroldis Chapman have the Yanks’ bullpen in top shape, too.

Aaron Judge has been mashing with 10 homers, as has Anthony Rizzo (nine homers) and Giancarlo Stanton (seven).

They opened the season with four games at home against the bitter rival Red Sox (2-1 with a rainout) and will close out the first half with three in the same manner. New York’s second half begins with two in Houston and ends with four in Texas. 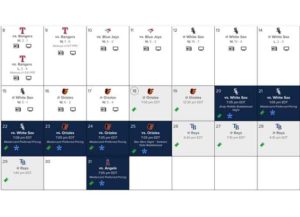