The New York Mets are a constant punching bag (but sometimes good guys) in the MLB world. But that could soon change.

With a new owner, Steve Cohen, the team is poised to spend on free agents and retain their young talent. They’ve already jumped out to a 20-10 record (through games concluded on May 9)—good for the most wins in the NL and tied for the most in MLB.

> GET DEALS ON METS TICKETS NOW!

First baseman Pete Alonso will look to keep slugging following his car accident this spring, while shortstop Francisco Lindor will look to have a better season than last year. Starling Marte, Brandon Nimmo and Mark Canha will patrol the outfield. 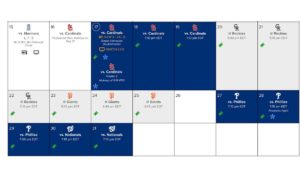