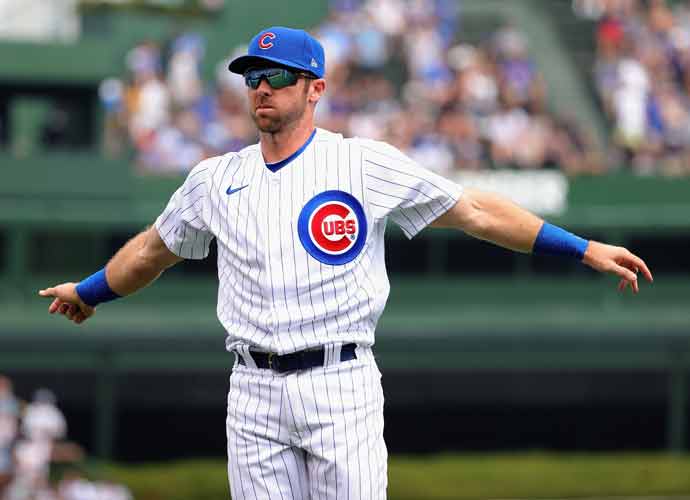 CHICAGO, ILLINOIS - AUGUST 07: Andrew Romine #24 of the Chicago Cubs warms up before a game against the Chicago White Sox at Wrigley Field on August 07, 2021 in Chicago, Illinois. The White Sox defeated the Cubs 4-0. (Photo by Jonathan Daniel/Getty Images)

With only a projected 9.2% chance to make the playoffs, things aren’t looking great for the Chicago Cubs headed into the 2022 season.

The club finished last season 29-52 and traded away many of its most beloved players from the 2016 World Series-winning team, namely Kris Bryant, Anthony Rizzo and Javier Baez. As they say, though, that’s why they play the games.

The team has young talent for a potential rebuild that’s not so far-fetched—especially given the division in which they play. In addition, Chicago signed pitchers Wade Miley and Marcus Stroman, some relievers, catcher Yan Gomes, and infielders Jonathan Villar and Andrelton Simmons and Japanese rookie outfielder Seiya Suzuki.

The Cubbies open up their season last week with a three-game set against the Milwaukee Brewers. They’ll then head to Pittsburgh for two and Colorado for four. They’ll open the second half with three games in Philly, and they’ll close the season with four games at home against the Reds and then three in Cincy against those same Reds. 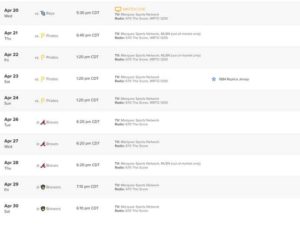 Read more about:
Chicago Cubs MLB Season Preview
Listen to the uInterview Podcast!
Get the most-revealing celebrity conversations with the uInterview podcast!