Opening day of Major League Baseball is just around the corner. That means it is time to take a look at each team’s prognosis heading into the 2021 season after the 2020 pandemic-shortened campaign.

After winning the 2018 World Series, the Red Sox rapidly declined, in large part due to their pitching staff. Boston had an elite 3.71 ERA in 2018 when they were world champs. In 2019, they dipped to 19th in the league with a 4.70 ERA before finishing 28th last season with a terrible 5.58 ERA. Their poor pitching is the reason why the Red Sox finished dead-last in the AL East with a 24-36 record, one game behind the Baltimore Orioles. Boston has the offensive firepower to put up a ton of runs, however, things may not go so smoothly unless the Red Sox find a few hidden gems in their pitching staff.

The Red Sox have an offensive foundation with a winning core with the likes of third baseman Rafael Devers, outfielder J.D. Martinez, and shortstop Xander Bogaerts in the lineup. The additions of right fielder Hunter Renfroe, second baseman Enrique Hernandez, and utility man Marwin Gonzalez have only helped this offensive foundation grow stronger. However, the team’s pitching staff does not look as promising.

With Chris Sale out in 2021 recovering from Tommy John surgery, Boston has many questions to answer about their pitching staff. The Red Sox added right-hander Garrett Richards in early February. They also have right-handers Nathan Eovaldi and Eduardo Rodriguez, who have the talent that could help Boston win.

They also signed Matt Andriese, brought back Martin Perez, and picked up relievers Adam Ottavino and Hirokazu Sawamura. The bullpen lacks a defined closer as Matt Barnes did not secure the role with his 2020 performance. The team’s pickups will surely help the bullpen improve this season, giving them more outs to save games. From the looks of it, Boston will have streaky value in 2021 and will probably not contend in the season’s postseason. 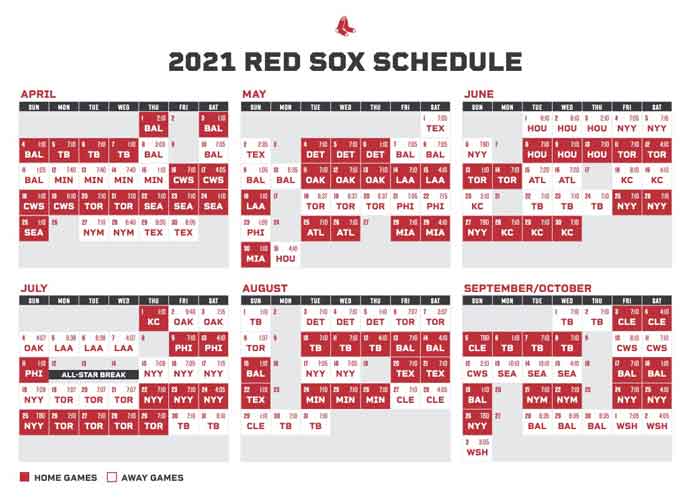