Zlatan Ibrahimovic Says Next Move Will Be A 'Big Surprise' - uSports.org 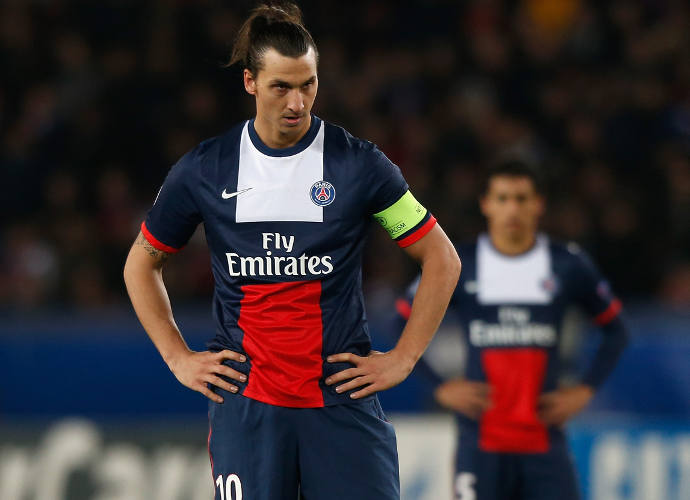 Zlatan Ibrahimovic Says Next Move Will Be A ‘Big Surprise’

Zlatan Ibrahimovic, Paris Saint-Germain striker and Swedish national team captain, is hyping up his departure from PSG – which currently only has one year remaining on his contract — saying that where he goes next “will be a surprise.”

He has previously spoken of wanting to play in Major League Soccer, but in Zlatan fashion, he is continuing to keep it a mystery and it doesn’t look like he intends to tell anyone any time soon.

After scoring in PSG’s 2-0 win against Manchester United, he said that not only will it be a surprise, but “Where I go next, it will be a surprise, a very big surprise.” A big one indeed.

During his term with PSG, Ibrahimovic has contributed to their wins in major games such as their win against Chelsea last season which brought them to the quarter finals of the Champions League, only to be taken out by Barcelona.

When asked about his time with the French based team he said,

“I’m very happy at PSG. You don’t see that on the field? I have another year on my contract with PSG and I am very happy. Things are getting better. We are a strong team, we can do much more than we have been doing so at the moment but I am very happy.”

As expected of a top tier player, the win against United – essentially an exhibition match – did not matter to Ibrahimovic, who is more concerned about beating a Coupe de France winner complemented, Lyon, in the Trophée des Champions this weekend.

He said of the competition, “This is only to prepare our condition mentally and physically for the season. We have been here 15 days, played all the friendly games and now we go over to the official game against Lyon, that is the Super Cup so if we can win that one we will win our first trophy for the year, so that would be very good.”

Now just go forth and do what it is that Zlatan does, Zlatan.