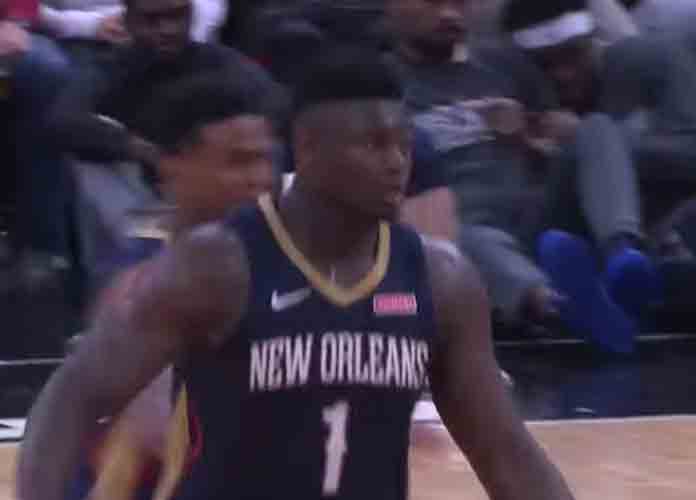 Fans are finally going to see the electrifying phenom that is Zion Williamson as the rookie prepares for his NBA regular season debut Wednesday, January 22, according to Shams Charania of The Athletic.

Listed at 6’7”, 284 pounds, the 19-year-old was a freshman sensation during his lone year with Duke constantly appearing in highlights that showcased his ability to bully defenders on his way to the rim before throwing down ferocious dunks. There are high expectations for the number one overall pick in the 2019 draft and there hasn’t been this much buzz about a player since LeBron James was drafted out of high school in 2003. In 33 games with the Blue Devils, Williamson averaged 22.6 points, 8.9 rebounds and 2.1 assists with a 68% field goal percentage. He looked impressive in four preseason games with New Orleans and the world saw a glimpse of how profoundly Williamson could impact the Pelicans after he posted 23.3 points and 6.5 rebounds while shooting 71.4% from the field.

However, The North Carolina native was sidelined after sustaining a knee injury in October. When asked about the decision to hold Williamson out, Pelicans Director of Basketball Operations David Griffin told the media Wednesday, “This process has been one that has been really, really good. We’ve learned a lot more than we’ve probably taught him, frankly. He’s getting to the point where we actually believe that he’s as ready as he believes he is.”

Griffin was frustrated by false rumors that claimed the Pelicans would have Williamson sit out the entire season adding, “It’s frustrating only from the standpoint of trust with the player and with our family here internally. Those decisions weren’t even reached until this morning,” Griffin told the media. The former Cavaliers’ general manager also said Williamson will not play back-to-backs, but he will not have a minutes restriction.

The Pelicans are 15-26, the third worst in the Western Conference, but they are steadily improving and have won nine out of their last 13 games while Brandon Ingram continues to show why he’s one of the league’s best young players. The fourth year forward is averaging 25.8 points, 6.8 rebounds and 4.3 assists in 34 minutes per game and scored a career-high 49 points Thursday night.