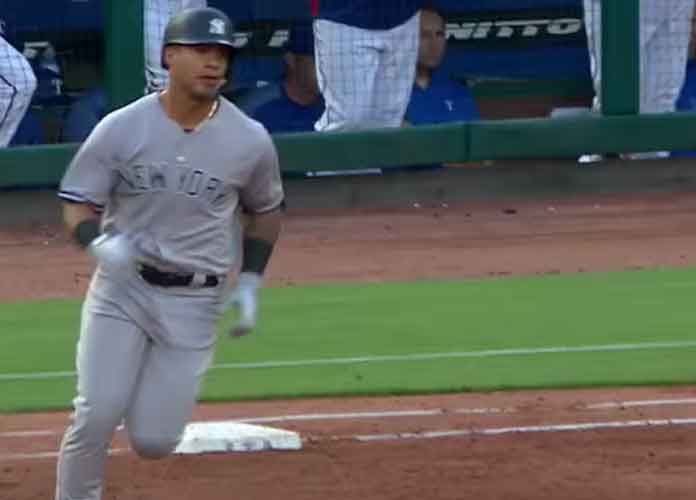 The New York Yankees might be shopping a couple of players including second baseman Gleyber Torres.

The other player is shortstop Isiah Kiner-Falefa following his “shaky defensive” play, according to Jon Heyman of the New York Post.

He also smashed 24 home runs and posted a WAR (wins above replacement) of 4.1.

It’s unclear what the Yankees are looking for in return and will be able to get for the two players.

Falefa has another year left on his deal at $6 million, while Torres has two years of team control left until he’s able to hit free agency.

But of course, the biggest issue for the Yankees is whether or not it will be able to keep star outfielder Aaron Judge around.

It could be shopping Torres and Falefa to cut costs and free up more money for Judge.

However, owner Hal Steinbrenner indicated that the Yankees will not be outbid for Judge.

“We have plenty of ability to make (your contract) happen and still have money to make other things happen too,” he said earlier this week, citing a conversation he had with Judge recently.

In free agency, Judge will likely command a multi-year deal that exceeds $300 million.

Judge was recently named the AL MVP winner for 2022 after hitting a historic 62 home runs.

Earlier this week, the Yankees re-signed Anthony Rizzo to a two-year deal with $40 million guaranteed.

Additionally, the Yankees are also interested in bringing back outfielder Andrew Benintendi.

Currently, the Yankees have just over $162 million committed to its payroll for 2023.