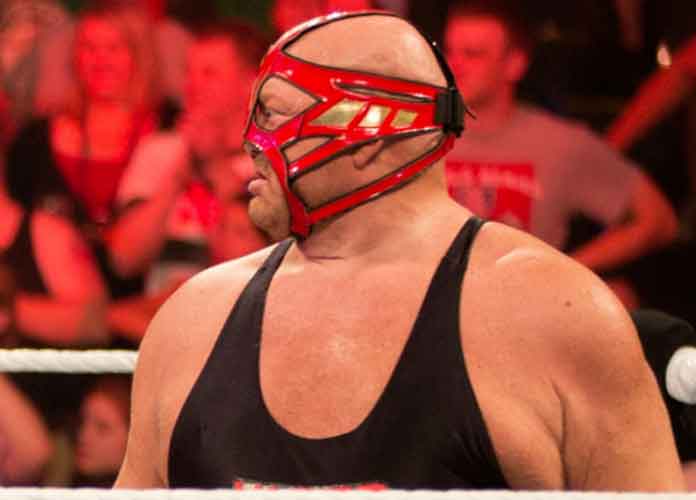 His son Jesse White confirmed the news on Twitter on Wednesday. He added a photo of his father sitting beside a heavyweight wrestling champion belt.

“It is with a heavy heart to inform everyone that my father, Leon White, passed away on Monday night (6/18/18) at approximately 7:25pm,” Jesse White wrote.

It is with a heavy heart to inform everyone that my father, Leon White, passed away on Monday night (6/18/18) at approximately 7:25pm. pic.twitter.com/DYttSj7mk2

In a subsequent tweet, Jesse White revealed the larger cause behind his father’s death: pneumonia.

Around a month ago my father was diagnosed with a severe case of Pneumonia. He fought extremely hard and clinically was making progress. Unfortunately, on Monday night his heart had enough and it was his time. pic.twitter.com/H3Zn4HbwR8

According to ESPN, Vader had open-heart surgery in March.

WWE tweeted its own condolences to Vader following the news.

WWE is saddened to learn that Leon White, better known to WWE audiences as Vader, passed away Monday night at the age of 63. https://t.co/UNIbdS680I

White competed as a pro wrestler in the mid 1980s and then joined the WWE in 1996. He started his career in wrestling after an injury forced him to retire from the NFL, where he played as a center for the Los Angeles Rams for two seasons. White previously college football at Colorado. He went on to become a three-time World Championship Wrestling World Champion.

Vader also had cameos in several television shows and movies, among them Boy Meets World, on which he had a recurring guest role.

Here are other tributes to White:

My prayers and thoughts go out to the family Of truly one of the greatest big men to step foot in the ring. Vader my friend May you R.I.P

I’m saddened to hear about the passing of Leon “Baby Bull” White aka “Big” Van Vader! My prayers of strength go out to his family at this time, I’m sorry for your loss. #RIPVADER

My heart is heavy with the news of Leon White’s passing. He was an amazing performer who brought out the very best in so many. Best big man ever, the most effective monster heel of his generation. My heartfelt prayers to his loved ones, and my gratitude for having known him. pic.twitter.com/uy3yBfwZOs

Sad to hear about the passing of Vader. He was one of the all time greats. My prayers go out to his family, may he rest in peace. #RIPVader pic.twitter.com/6Lk3nuP4kA