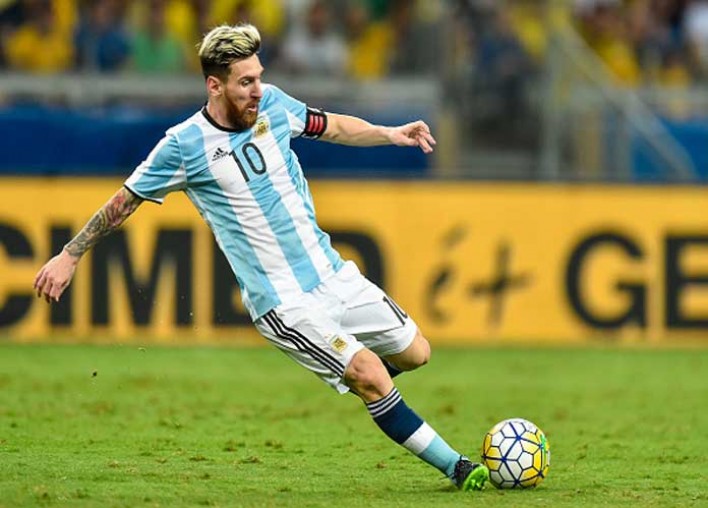 Lionel Messi scored his first goal of the 2018 FIFA World Cup in St. Petersburg, Russia on Tuesday to help lead Argentina to a 2-1 victory over Nigeria, but it was Marcos Rojo who rescued the albiceleste from elimination with a late strike.

Argentina now finishes second in Group D with four points after its first victory of the tournament, five points behind leader Croatia, who defeated Iceland 2-1 on Tuesday to stay undefeated.

Messi put Argentina up 1-0 just 14 minutes into the game. After taking a lobbed pass from midfielder Ever Banega near the top of the box, the 31-year-old Barcelona striker brought the ball down with his thigh and foot before shooting from close range. Argentine soccer legend Diego Maradona, who attended the game, seemed jubilant in his celebration of Messi’s score. Argentina dominated possession 61 percent in the first half, which also featured Messi nearly scoring on a 34th-minute free kick that hit the post.

Nigeria tied it 1-1 on a penalty in the 51st minute. Argentina’s Javier Mascherano was called for pulling down an opposing player’s jersey and Victor Moses scored for the Africans to even the contest.

In the 76th minute, Argentina gave away the ball to let Nigeria take advantage of a 2-on-2. Rojo blocked a shot and cleared it, and the referee marks it as a corner, and at first the play is reviewed for a potential hand-ball. However, after an assessment, officials said no hand was used and a goal kick is called for Argentina.

Rojo’s goal came in the 86th minute after the Manchester United defender used the side of his cleat to volley home a cross from near the penalty spot. The stadium was roaring at that point, as Argentina’s fans were ecstatic that the team was now much more certain to advance to the second round, and so they did.

Argentina will next play France in the round of 16 on Saturday. France tied Denmark 0-0 on Tuesday but won its group (C) with seven points. Denmark will next face Croatia on Sunday. Peru beat Australia 2-0 Tuesday to score its first goals in the World Cup in 36 years, although both Group C countries have now been eliminated from the tournament.

Uruguay will also play Portugal in the second round on Saturday, while Spain will face hosts Russia on Sunday. 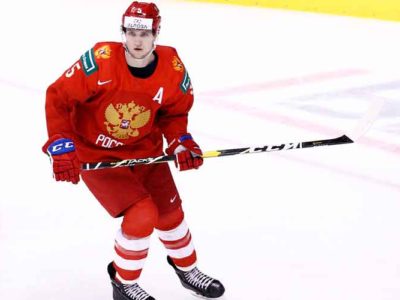