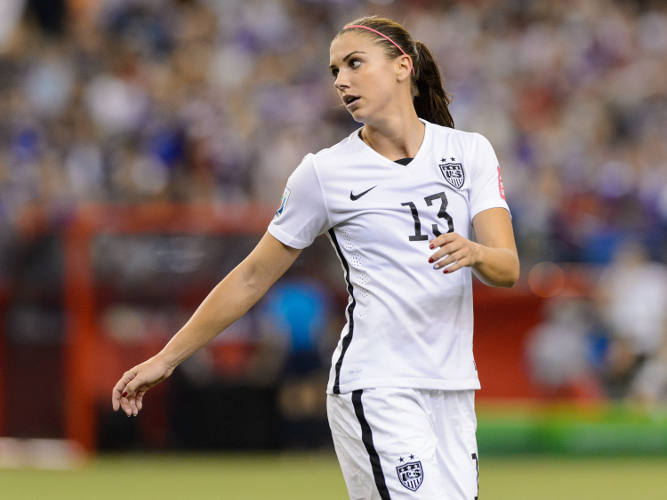 Women Soccer Players, Including Alex Morgan, To Feature On FIFA 16

FIFA 16 is finally going to have Women's international teams in! At least they can do some things right. #FIFA16 pic.twitter.com/qoyvZOtqm1 Spotlighted on the upcoming FIFA 16 game, is Alex Morgan (left) and Christine Sinclair (right) alongside Lionel Messi for the North American release, and Stephanie Catley for the Australian release. Another player will be released on Aug. 13. Gameplay will have 12 women’s national soccer teams including Australia, Brazil, Canada, China, England, France, Germany, Italy, Mexico, Spain, Sweden and the U.S. featured in the game’s kick-off, tournament and online-friendly modes.

Morgan who scored 52 goals in 91 appearances for the United States Women’s National Team, started in the final five games of the Word Cup, scoring the winning goal in the Round of 16 match against Colombia.

And leave it to Twitter to get the hype out there, even professional soccer players are excited to be in a video game!

This is super sick. Never would have thought in my life this would happen. Love it https://t.co/a0bOA2hXnD

FIFA 16 is scheduled to be released on September 22 on all the major platforms: Xbox One, Xbox 360, Playstation 4, Playstation 3, PC/Mac, iOS, Microsoft Windows and Android.