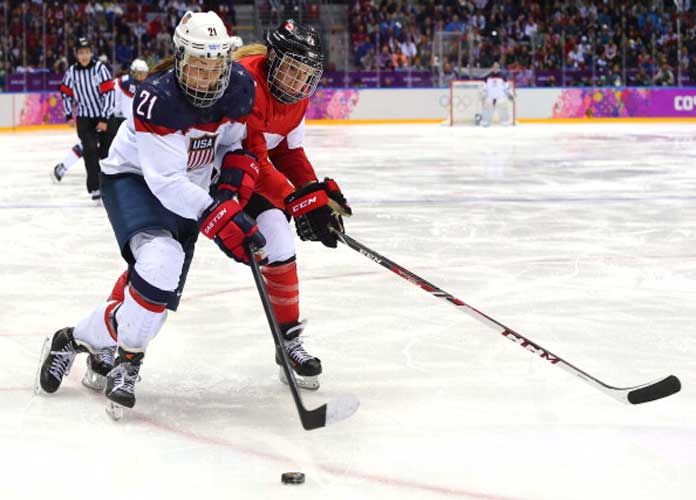 The U.S. Women’s Hockey Team is headed to another Olympic final after crushing Finland 5-0 in Pyeongchang on Monday.

The American women will be playing in their third consecutive Olympic gold medal match, this time against longtime rivals Canada on Thursday. Canada defeated the Olympic Athletes from Russia to reach the title game.

The U.S. Women’s team — who last year fought a big battle for equal pay and other forms of compensation — last won the gold in 1998, the year they made their Olympic debut. Six members of the team will be playing in their third final: captain Meghan Duggan, Hilary Knight, Gigi Marvin, Kacey Bellamy and twin sisters Monique Lamoureux-Morando and Jocelyne Lamoureux-Davidson.

Leave it to the veteran to open the scoring! @gigimarvin buries one to put @usahockey up early. #WinterOlympics https://t.co/J3122EbvvD pic.twitter.com/KzXLozkxx3

Major hockey fans know how long the rivalry between Team USA and Canada has existed, so the matchup will be a very anticipated one.

“Definitely the rivalry has been there since I think I was born, so everyone’s looking forward to that,” said 22-year-old forward Dani Cameranesi, who scored a pair of goals.

Monday’s game was not without injuries, however. Finland lost Ronja Savolainen following a knee-on-knee collision with Duggan in the first period. Savolainen had to be helped off the ice after crashing face-first into the boards, snapping her head back. No penalty was assessed, and the Finnish player returned in the second period.

At the Sochi Olympics in 2014, the U.S. women were leading 2-0 in the third period of the title game before Canada rallied to force overtime and win 3-2 on a power play to get the gold medal. At the Vancouver Games in 2010, the Americans also fell to Canada (2-0). Marie Philip Poulin scored both of Canada’s goals.

The 2018 Olympic women’s hockey final will begin at 11:10 pm EST on Wednesday and will air on NBC Sports Network.