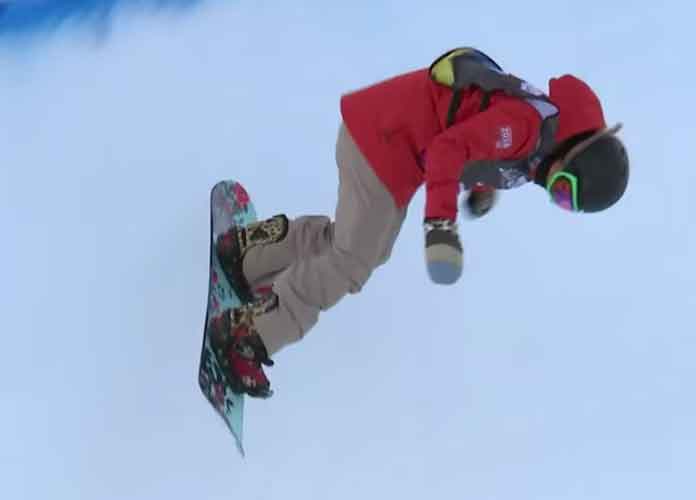 A lot of pressure was placed on Chloe Kim ahead of the Pyeongchang 2018 Olympics, but the teenage American snowboarder powered though it to impress.

That run gave her a giant lead over the rest of the field. Then on her victory lap, Kim stomped both of her 1080s, then landed the rest of her run. She ended up with a final score of 98.25. Kim said she tried not getting too emotional, but ultimately couldn’t help herself.

“I was like tearing up and wanted to cry, but I just knew I wasn’t going to be happy, even if I went home with the gold, if I knew I could do better,” Kim said of her decision to attempt the back-to-back 1080s. “So that third run was really just to prove to myself that I deserved it and did everything I could. I’m so happy.”

I hate crying but I’ll give myself a pass for this one. Thank you everyone for the love! Stoked to bring home the gold pic.twitter.com/vxApf1lxbI

Kim has been at the top of world snowboarding for a while. She was too young to compete at Sochi in 2014, but at age 15 she became the first female snowboarder ever to land back-to-back 1080-degree spins. The combo gave her a perfect score of 100, a feat only matched by snowboarding great Shaun White.

Kim drew some confusion and funny reactions when she tweeted early Monday morning (US EST time) that she had a craving for ice cream.

Could be down for some ice cream rn

China’s Liu Jiayu, a three-time Olympian, won silver in the women’s snowboard halfpipe event. Arielle Gold of Team USA won bronze with an 85.75 on the strength of a final run that included the frontside 1080.

Kim also took the time to celebrate with her parents, who emigrated to the US from South Korea in 1982 with just $800 cash and a burning desire to achieve the “American dream.” Kim’s father Jong Jin Kim appeared on NBC’s Today Show on Monday.

He explained that to him, Chloe Kim is the American dream.

Chloe has said she is grateful for her family’s love and support. After winning the gold, the youngster admitted she was unable to fathom “leaving your life behind and chasing this dream with your kid.”

Watch Kim finish her final run and take the podium:

GOLD for Chloe Kim! The 17-year-old has done it for Team USA in the women’s snowboard halfpipe! #BestOfUS #WinterOlympics https://t.co/D65Nuoyydu pic.twitter.com/PtMvQ45SLh