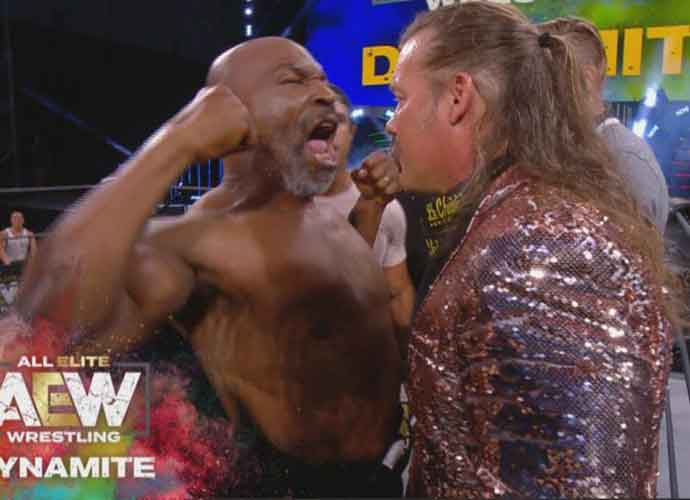 If you have been paying close attention to social media in recent weeks, you might have seen videos of a 53-year-old Mike Tyson in the gym, preparing for a fight as if it was 30 years ago. There have been rumors swirling for weeks of Tyson possibly returning to fight in some capacity. On Wednesday, we might have gotten our first glimpse of a possible Tyson fight.

During an AEW rally on Wednesday, Chris Jericho called out Tyson. “What I really want is Mike Tyson’s head on a platter,” he said. Tyson then came out of the tunnel and entered the ring with his crew. Then a maylay occurred.

Jericho said he wanted revenge on Tyson for knocking him out and demanded an apology. Tyson didn’t oblige and prompted Jericho, which led to an all out brawl as if the benches cleared at a baseball game, which caused both guys needing to be restrained by their respective crews as well as the AEW locker room.

It is unclear that an actual fight between Tyson and Jericho will take place, but fans should be excited to see the possible return of ‘Iron Mike’ into the ring.